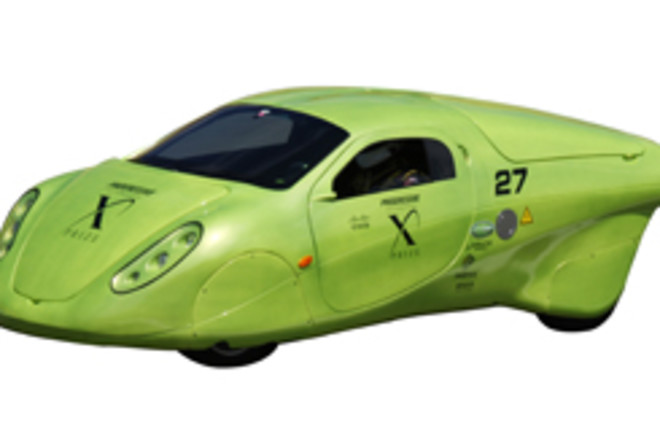 Building a car that gets more than 100 miles per gallon does not require wild new technology, judging from the results of the Progressive Insurance Automotive X Prize. The $5 million top prize—awarded in September to the highest-mileage four-passenger car that could top 100 mpg while passing a series of safety and other tests—went to the descriptively named Very Light Car, an automobile powered by a conventional internal combustion engine.

That is not what team leader Oliver Kuttner expected when he formed Edison2 to build the winning vehicle. As the company’s name suggests, Kuttner expected to rely on electricity (and indeed, two electric two-seaters, the Wave II from Li-ion Motors and the E-Tracer 7009, made by X-Tracer, took $2.5 million each in the other two X Prize categories). But Kuttner’s team crunched some numbers and decided that they were better off avoiding heavy batteries and building the lightest, most aerodynamic car they could. So they did, and now—with the Environmental Protection Agency being pressed to set an automobile fuel-economy standard of 60 mpg by 2025—Kuttner intends to create a consumer version.

“We have to prove it’s safe on real roads,” he says, “and build it at a cost people can actually afford.” He has no doubt that both can be done: “We’re going to build the Volkswagen Beetle for the 21st century.”