The pioneering scientist/entrepreneur on biology's next leap: digitally designed life-forms that could produce novel drugs, renewable fuels, and plentiful food for tomorrow’s world. 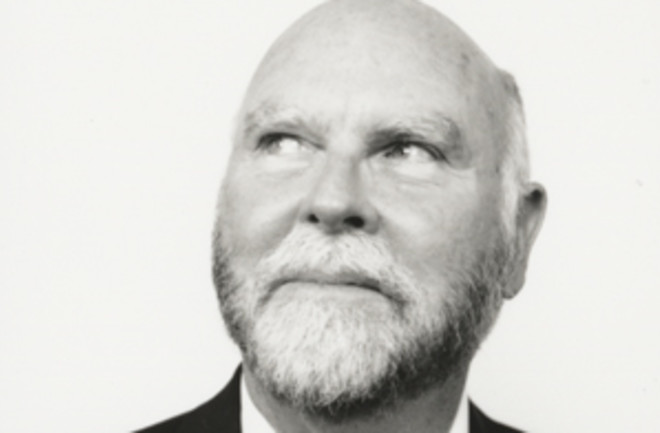 J. Craig Venter keeps riding the cusp of each new wave in biology. When researchers started analyzing genes, he launched the Institute for Genomic Research (TIGR), decoding the genome of a bacterium for the first time in 1992. When the government announced its plan to map the human genome, he claimed he would do it first—and then he delivered results in 2001, years ahead of schedule. Armed with a deep understanding of how DNA works, Venter is now moving on to an even more extraordinary project. Starting with the stunning genetic diversity that exists in the wild, he is aiming to build custom-designed organisms that could produce clean energy, help feed the planet, and treat cancer. Venter has already transferred the genome of one species into the cell body of another. This past year he reached a major milestone, using the machinery of yeast to manufacture a genome from scratch. When he combines the steps—perhaps next year—he will have crafted a truly synthetic organism. Senior editor Pamela Weintraub discussed the implications of these efforts with Venter in DISCOVER’s editorial offices.

Here you are talking about constructing life, but you started out in deconstruction: charting the human genome, piece by piece. Actually, I started out smaller, studying the adrenaline receptor. I was looking at one protein and its single gene for a decade. Then, in the late 1980s, I was drawn to the idea of the whole genome, and I stopped everything and switched my lab over. I had the first automatic DNA sequencer. It was the ultimate in reductionist biology—getting down to the genetic code, interpreting what it meant, including all 6 billion letters of my own genome. Only by understanding things at that level can we turn around and go the other way.

In your latest work you are trying to create “synthetic life.” What is that? It’s a catchy phrase that people have begun using to replace “molecular biology.” The term has been overused, so we have defined a separate field that we call synthetic genomics—the digitization of biology using only DNA and RNA. You start by sequencing genomes and putting their digital code into a computer. Then you use the computer to take that information and design new life-forms.

How do you build a life-form? Throw in some mito­chondria here and some ribosomes there, surround ?it all with a membrane—?and voilà? We started down that road, but now we are coming from the other end. We’re starting with the accomplishments of three and a half billion years of evolution by using what we call the software of life: DNA. Our software builds its own hardware. By writing new software, we can come up with totally new species. It would be as if once you put new software in your computer, somehow a whole new machine would materialize. We’re software engineers rather than construction workers.

But the DNA software works only if you can use it to piece together an actual genome outside the machine, right? The initial challenge there was straightforward: Could we construct pieces of DNA large enough to make up a chromosome? When we looked in the literature, the answer was no. DNA synthesizers, which have been around for 30 years, made only short pieces. That was the basis of all the work we’d done in DNA sequencing. When you get beyond 20 or 30 nucleotides [the “letters” of DNA—each gene is made of hundreds or thousands of nucleotides], the error rate gets larger and larger.

So making larger sections of DNA required a different approach? Right. In 2003 we made our first synthetic virus, and it was 100 percent accurate. We did it by taking viral DNA and putting it in a cell, in this case E. coli. The E. coli was able to read the genetic code and make proteins that self-assembled to form the virus. At that point we knew we could accurately make DNA pieces of 5,000 base pairs, the size of the small viruses. The goal was to make a 600,000-base-pair bacterial chromosome. We thought ?we could do that by putting serial pieces together, but solving the chemistry was a huge challenge. We exhausted the genetics of E. coli and found we could grow these large pieces of synthetic DNA only by harnessing yeast.

What made you realize that yeast could help you? We’d been studying Deinococcus radiodurans, the Conan the Barbarian of bacteria. You can expose it to more than ?3 million rads of radiation and it won’t be killed. Its chromosomes get blown apart into hundreds of small pieces, but then over 12 or 24 hours it reassembles its DNA exactly as it was before. We were trying to capture that system when we discovered that yeast does the same thing, only not with radiation: Yeast can take the pieces of DNA that we make and do the assembly work for us.

Last August you reported cloning the entire genome of a bacterium, Mycoplasma mycoides. What’s next?

Now we add the yeast centromere [the section of yeast DNA involved in reconstruction] to the DNA of the organisms we are synthesizing. It’s like a jigsaw puzzle. We throw in the pieces and the yeast component automatically assembles them the right way. It thinks it’s just assembling and repairing one of its own chromosomes.

History will view these first synthetic genomes as a bright dividing line, just like the line before and after the reading of the genetic code.

Then you have to boot up the genome in a living cell to generate the hardware, the life-form itself. How will you do that? In one of our most important experiments, we took the DNA from one bacterial cell and treated it with harsh enzymes to destroy any proteins. We found that if we transplanted that naked DNA into another bacterial species, along with associated restriction enzymes [molecular scissors that cut DNA in specific places], the cell’s original DNA would be destroyed. The transplanted DNA would take over instead. So now we had the cell of one species containing the DNA of another species. In a short time, all the original proteins disappeared, and we ended up with a cell that had totally transformed from one species into another.

So you have transplanted a natural genome, and you have created a synthetic one. How close are you to combining these steps, transferring a synthetic genome so it takes over a foreign cell? I now joke that I predict it’s going to happen this year, but I’ve done that for the last two years. It’s a technicality in one respect because what we’re showing is that DNA is DNA. But truly being able to make a working synthetic genome—I think it’s a proof that’s important.

Once we have the power to create new life-forms, how will we benefit? We could synthesize cells that use carbon dioxide and make other things from it. If this desk and that plastic chair protector were made from CO2, it would solve the problem of how to sequester CO2 from the atmosphere and would totally solve the question of paper versus plastic. You’d absolutely want plastic bags if they could be made from carbon dioxide and not from oil.

What else could we do? We could solve the problem of fuel production. In theory, we could replace fuel that comes out of the ground with things made from carbon dioxide on a new scale. We could make small-scale microbial fuel cells that use human waste to make drinking water, electricity, or both. Could algae be used for food? Imagine using algae to make artificial steaks. Look at all the bacteria in the oceans; they have far more sophisticated chemicals than our chemistry industry can produce. A lot of these are antibacterial or antiviral compounds, because that’s how bacteria protect themselves in the environment. If we’re ever going to have a chance of using these compounds, we’re going to have to make them synthetically.

What about safeguards and risks? As with computer hacking, some people are itching to do these “biological hacking” experiments with synthetic life in their basements and backyards. You can buy a DNA synthe­sizer off eBay, and an enterprising person could build a DNA synthesizer from plans they can get off the Internet. We don’t try to downplay the risk. Because these tools are so powerful, somebody could, just by ordering a handful of chemicals, pretty cheaply make viruses that could cause a lot of damage or death to a large number of people. We don’t want kids trying to be the first one on their block to build a virus, so I think there should be laws for simple screening. The synthetic DNA companies that make these products should be required to screen them against a list of infectious agents. It would be easy to screen someone trying to copy Ebola, for example. A lot of the companies do it voluntarily now, but they don’t all do it, and on a global basis they definitely don’t all do it. Maybe we can’t prevent somebody really dedicated to doing harm, but we can prevent the frivolous uses of this technology.

Could synthetic biology extend all the way to humans? Could we use the technology to make better versions of ourselves? We have no clue of how to do it now. We’re still struggling with the smallest bacterial cell, in which we don’t know what even one-fifth of the genes do. We do not have the computing power on the planet to make a synthetic human genome. We don’t have any way of collecting the data to do it right now. So the notion of trying to change our genome, I find at this stage of our knowledge almost an immoral discussion. It would have to be blind human experimentation, not caring what the outcome would be.

But one day we’ll know more—what then? History will view these first synthetic genomes as a bright dividing line, just like the line before and after the reading of the genetic code. Through these experiments we have been able to write the genetic code while we’re continuing to read it more and more quickly. Advances in biology should continue at a phenomenal, exponential pace. We could learn more next year than we learned in the entire prior history of science. Twenty years from now, the things we’re doing now will look frighteningly primitive. My view of humanity is that we will find it irresistible to try to use these technologies to change ourselves. I confess, I think we’ll do it, but perhaps not we ourselves.