How VPN is Changing the Way we Use Internet

VPNs are more important than ever in 2020. 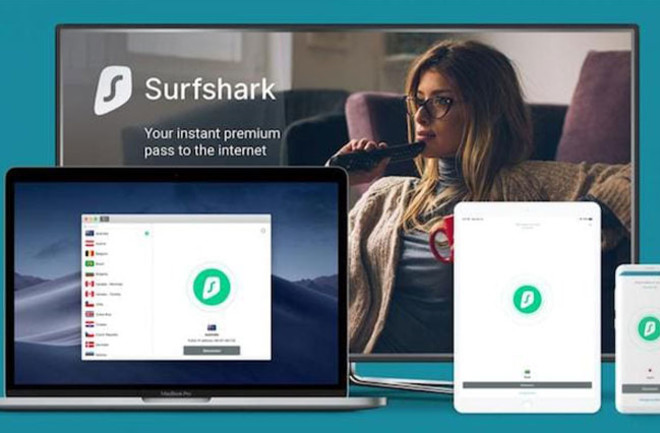 VPNs were already well on their way to changing how we browse the internet this year. We’re finally seeing VPN solutions moving into consumer awareness — it’s more and more likely that the average person on the street knows about VPNs or is willing to discover what a VPN is and how it can help.

Now other trends, like a growing number of data breaches and more remote work due to COVID-19 regulations, are making VPNs more important than ever in 2020. We’re entering a key new phase of online browsing and work: Here’s how VPNs are at the center of it.

VPNs are currently in the middle of a vast surge in use around the world as companies adopt remote work and work from home policies to stay active during COVID-19 lockdowns and social distancing measures practiced during the pandemic. On one hand, this is a great test for modern VPN services and how well they can quickly scale up with sudden new demand. On the other hand, it’s difficult for businesses practicing remote work setups for the first time, because the security needs are different: A VPN is the ideal option for encrypting data from home computers to business networks, but many businesses haven’t even considered using a VPN before.

This is why we’re seeing a lot more research and experimentation with implementing VPNs in business situations to protect data from remote work. A traditional method for this is setting up a VPN server hosted on a private network and instructing workers to use client apps on their own computers. This offers end to end encryption with some flexibility for companies that manage a lot of data. However, businesses that aren’t ready to migrate to such a full setup can use a more casual or free VPN setups that still provide benefits, and can be implemented very quickly when remote work is a sudden change.

The trend isn’t likely to stop, either. In many respects, COVID-19 pushed many industries into remote work solutions when they were balking at the change before. It was often overdue. When threats from the pandemic fade, a lot of organizations are going to find that their structure now incorporates remote work permanently. It just won’t be as feasible to return to the old situations. That means VPNs are becoming an integral part of more businesses networks, and faster than expected.

The New Habits of Hacking

“VPNs can protect your data from hacking” has been a frequent rallying cry in the industry for years now. Consumers looking into VPNs aren’t always sure how this works, but the increased frequency of wireless hacking attempts has now made it all too clear.

Hackers throw everything at the wall and see what sticks — what they can gain control of or steal, and how that can be used to make some easy cash. We’re seeing an uptick in many kinds of attacks, such as phishing emails from contact lists bought online (and usually stolen from companies). One popular hacking method is to simply find a public Wi-Fi network that’s ripe for exploitation and troll it for any unsecured connections where hackers can pick up in passing, and potentially sensitive, data. Hackers can’t do that when a VPN is busy encrypting all data moving through that connection.

Awareness of these tactics is finally hitting the average user, so people today understand that public Wi-Fi at malls, airports, cafes and other areas isn’t exactly safe, especially if the provider doesn’t take many security precautions.

The solution to these Wi-Fi attacks is multifold. When people start returning to public spaces, they’ll find a lot of 5G towers in place (when crazed conspiracy theorists aren’t burning them down) and a lot more Wi-Fi 6 capable networks, which will help with security. However, a VPN is the user’s primarily tool in protecting themselves instead of relying on network upgrades as they move around. VPNs are quickly becoming as common as luggage when traveling, and an important app to have when in any public space. Enabling encryption like this will soon be second nature for all mobile users.

One of the big hooks for consumer VPN in recent years has been server switching. In other words, you may be accessing the internet from Canada, but with a VPN you can choose a United States server so it looks like you are connecting from there instead. This is frequently used to bypass content restrictions: Many, many streaming services offer different types of content based on different regions. If your favorite show is on Netflix in the United States but not Canada, then using a VPN to switch to a U.S. server starts to look very attractive.

This is not only becoming a popular strategy in 2020, it’s also changing the way that streaming services work, period. Streaming companies are reconsidering the value of regional restrictions and licenses — it used to be an easy source of profit, but it is looking more and more like a shell game that tries to permanently put the consumer at a disadvantage.

We are already starting to see how distributing content is change due to this new awareness, and a lot of it comes from the rise of VPN use. It’s still uncertain what ultimate compromise the industries will reach, but it’s likely to be much more consumer friendly when the dust settles.

Businesses and the Important of Reducing Risk

We already talked about using a VPN in a remote work situation. But companies can get a lot more use from VPNs than just this basic data encryption. Take a look at business-facing VPN vendors and you’ll see a host of security services, including better encryption for customer/partner data, more robust firewalls, whitelist management for important employee tools, and a lot more.

Yes, this can provide a big boost in security for businesses that deal with digital data — but most companies in these industries were already aware of this. What we’re seeing now is a broader realization among many different companies that VPN services can lower their security risks as a whole. That’s great for insurance, lead management, and other strategies, even in businesses that don’t really need their own servers.

The Combination of VPNs and Cloud Data

Cloud-hosted VPNs are also a growing part of the new internet. It’s a low-cost method of adopting VPN protections that’s more suitable for smaller businesses or companies that are in growth phases but not ready to manage their own servers yet. These solutions naturally tie directly into other cloud servicers or providers, including AWS, Azure, and Google Cloud. A lot of businesses have been looking for alternative VPN setups just like this, which is why they’ve become such a popular solution — a trend we expect to continue.

The Rise of Political Awareness — and Censorship

VPNs also have a historical relationship with political censorship, often being the only ways that political dissidents or simply curious citizens to access the full online world or communicate outside of their country … without being easily identified.

This hasn’t changed, but it has become more necessary than ever before. More restrictive governments continue to crack down with growing censorship that is in turn creating more backlash than before. Acts like banning online gaming with foreigners, far from completing their intended goals, are driving more citizens to VPNs than ever before. Journalists, political dissidents in danger of imprisonment, and others are also more practiced at using VPNs for their own safety, and have teams of people around the world helping them stay encrypted with the latest solutions.

We’re also seeing this create tech races in various countries. Governments are trying to ban VPNs as fast as they’re being used to dodge censorship and tracking, while VPNs are offering new or robust services to take advantage of growing demand in these areas. It’s an interesting — and potentially dangerous — proving ground for online security, and privacy in general.

A past complaint, especially from private users, about VPNs was the restrictions involved when using their favorite sites and services. VPNs can slow down internet speeds, especially for more demanding activities like gaming or streaming movies. It may also create access problems with specific tools that aren’t designed to be used with VPNs.

Whitelisting is the latest solution for that, and it’s making casual VPN use easier than ever before. The most common method is called split tunneling, where part of the internet traffic (where encryption is important) passes through the VPN, and part is directed along the traditional internet channel instead (say, a site for streaming movies). This type of whitelisting solves a lot of problems that older VPNs had, and is now widely available to consumers, even through many free VPN downloads. With one of the biggest obstacles to casual VPN use removed, we’re one step closer to VPNs being an expected part of any online connection, as common as using a firewall.

Speed Issues are Being Resolved in Other Ways, Too

When VPNs have to be used — for example, when logging onto a company portal to get work done — they can still be slow to connect in some situations. Users may also run into a particular app that just doesn’t play well with a VPN and freezes or moves too slowly. Understandably, this creates some doubt in how easily a VPN solution can be applied. Fortunately, answers are already on their way: New technologies like Wireguard and similar technologies are being used to circumvent these problems by changing how servers communicate for the better.