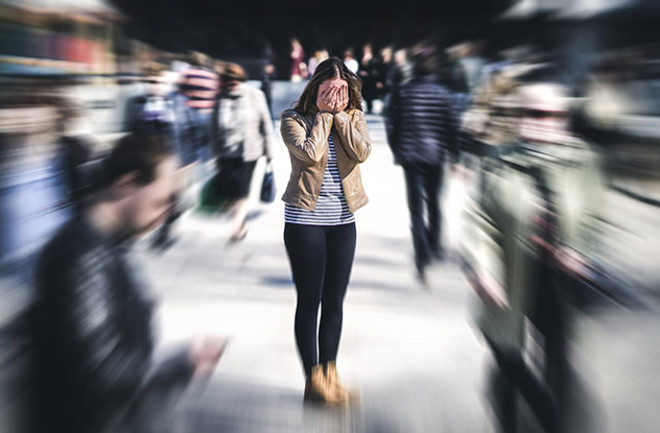 There have been more casualties from school shootings in the past 18 years than in the entirety of the 20th century, a study shows. American veterans spend extensive time in traumatic combat settings, trainings, and near-death experiences. Natural disasters, crime, and abuse are found all across the nation.

There is little doubt that the presence of trauma in American society is increasing; and with it, the prevalence of post-traumatic stress disorder (PTSD).

It’s estimated that one in thirteen people in the U.S. will develop PTSD in their lifetime. It is a psychiatric disorder that is increasingly affecting the lives of every person in the country—whether the effect is personal or through a family member or friend.

University Distinguished Professor in the Department of Psychological and Brain Sciences Dr. Stephen Maren knows of this rising concern, and has dedicated his energy and resources to understanding, treating, and preventing PTSD.

“Any psychiatric illness is just that—an illness. It is not the result of a failure to cope or deal with stressful events,” said Dr. Maren. “These are treatable brain illnesses that we need to invest resources in to understanding these conditions. Psychological and neurological disorders are just as important as cardiovascular diseases or cancer.”

Dr. Maren researches the neurobiology behind anxiety disorders like PTSD. Focusing on areas of the brain like hippocampus, amygdala, and prefrontal cortex, he seeks to understand emotional memory, which is what causes people suffering from PTSD to pathologically re-experience a traumatic event.

He and his team are ideating implantable “neural prosthetics” that would monitor activity in the specific area of the brain responsible for generating fear. Using optogenetic technology, these devices could suppress fear responses within milliseconds, essentially stopping PTSD relapses before they take hold.

Dr. Maren notes that PTSD is particularly relevant given the ever-increasing levels of stress that people are experiencing in combat roles and in our day-to-day lives. Up to 70 percent of adults in the U.S. have experienced some type of trauma in their lives, and close to 20 percent of those—nearly 45 million people—go on to develop PTSD.

However, even with the advancements of awareness and treatments of PTSD, there are still stigmas that surround mental health issues that prevent people from seeking help.

“They’re sitting there, and they hear a noise, and suddenly they find themselves back in the situation where an IED went off and they see the carnage and feel again that their life is threatened,” Dr. Maren said. “Or they relive a car accident or an attempted assault. Anything where a person feels in serious danger can cause PTSD.”

Because of Dr. Maren’s groundbreaking research, significant progress has been made to understand and treat the relapse of fear that people with PTSD suffer from. Studying the pathophysiology of PTSD can pave the way for new treatments that reduce fear and its relapse after therapy, Dr. Maren said.

“We’re trying to normalize activity in brain circuits that become abhorrent with trauma—a completely novel approach to treating mental illness,” Dr. Maren said. “There is no question that the incidents of PTSD are on the rise… We are ultimately interested in clinical interventions that can help people that have experienced trauma. And Texas A&M has invested heavily in expanding these neuroscience research efforts.”