What even is a species? 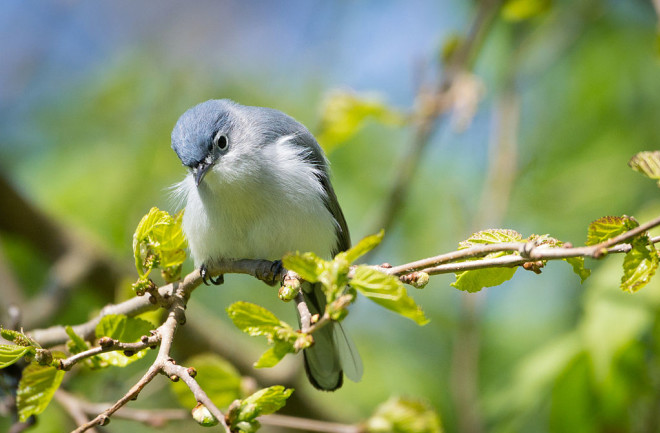 Man, what even is a species? I've been writing about various species for a while now, and this latest Attenborough is really throwing me for a loop. It's a kind of small bird from the Amazon called a gnatcatcher.

They're a kind of small songbird related to wrens, and they feast on insects with small, sharp beaks—in between warbling out their songs, I imagine. And it's most likely a new species.

But the researchers in charge of deciding weren't all that sure. Because we don't have enough data at the moment, it exists in a hazy no-man's-land between speciation and anonymity. And if we can't decide whether this little bird deserves to be a species, perhaps there's more uncertainty than we might like in the world of taxonomy.

In 2013, two researchers, Lincoln Carneiro and Alexandre Aleixo recommended recognizing a new species of gnatcatcher, Polioptila attenboroughi, based on an analysis of their morphology, genetics and vocalizations.

The distinctions are subtle, but that's common in the field in the field of taxonomy. P. attenboroughi has a darker-colored chest and throat, longer tail, and its song is slower, raspier and possessed of "differently shaped" notes. It differs genetically from its sister species by about 4 percent, the researchers report.

The researchers wrote up a recommendation based on their findings and submitted it to the South American Classification Committee (SACC). A majority of the reviewers agreed that P. attenboroughi should indeed be a new species, but three disagreed, and even those in favor had reservations.

It seems like Polioptila attenboroughi squeaked by — but its status is far from concrete, and may one day be subject to change. And this begs my question — what even is a species? (Don't even get started on what a genus is, by the way).

We leave the classification of species up to a small group of experts, but they aren't always unanimous. And species change all the time. Multiple Attenboroughs I've written about have been named only because they were re-classified. The species label is more mutable than we might think.

There's the classical biological definition, of course. Species are groups of animals that can produce viable offspring. But as with any rule, there are exceptions.

A great many species are asexual and reproduce by simply splitting themselves. This applies to microbes, certainly, but to some plant and animals as well. If a mutated version arises, is it a new species? The conventional definition won't help us here. And some hybrid species, like beefalo, a cross between cattle and bison, are fertile. Does that mean cows and bison are the same species?

What's more, biologists don't take the time to make sure that every species they catalogue truly cannot produce fertile offspring with every species it's related to. That leaves the decision in the hands of taxonomists, who consider the available data and decide whether or not they see differences significant enough to warrant creating a new species.

And, because taxonomists are human, they sometimes disagree. One of the researchers reviewing the P. attenboroughi species recommendation, for example, felt that the use of genetic data was inappropriate. By contrast, another thought the genetic data was "very important" when it came to assessing species limits. Others thought that the birds' plumage wasn't sufficiently different to warrant using it to delineate a new species.

This is diving perhaps a bit too deeply into the nitty-gritty of the scientific method, but it illustrates the fact that, sometimes, the lines we draw are blurrier than we might think. But, obviously, at the end of the day, a decision must be made.

Breaking up the natural world into species helps us to catalogue, study and ultimately understand it. And science is about revising what we do know to inch ever closer to the truth.

So, where was I? P. attenboroughi, right. It's probably a species. But maybe one day it won't be. As with everything else we do, it takes a measure of trust — in the experts, in the scientific method, and I suppose (unfortunately), in me. After all, life is just a series of educated guesses.