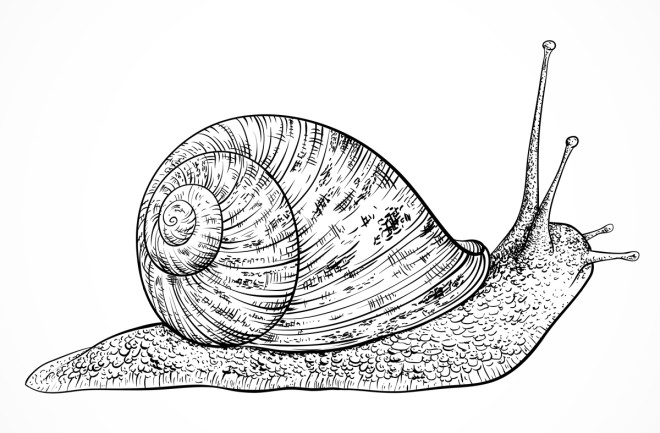 It should have been their big break. By all rights, the crown was theirs, won with years of blood, sweat and slime. Maybe, in some far-distant astral plane where justice matters, they're the rightful victors.

But the history books are closed now. Palaina attenboroughi, the second snail to be named after David Attenborough in 2017, was a murmur that never became a shout.

Oh, to be first. The fame, the media frenzy, the glamour shots — the spoils of victory are all too obvious. And the victor in this competition, Attenborougharion rubicundus, the superlative snail of 2017, the "glitzy gastropod," hasn't been shy about the spotlight.

From Tasmania, they had the exotic appeal and striking (some would say gauche) coloration of a born star. One journalist even went so far as to suggest them as a Christmas decoration.

P. attenboroughi, on the other hand, is tiny. Attenborough's (other) snail measures just millimeters in length, with a curled yellow shell. It lives on Misool Island, in Indonesia, where it prefers the damp earth of lowland rainforests.

The species was described in November of last year by researcher Kristine Greke, in a massive labor of malacological love that entered 53 other species of snail from the region into the scientific record.

Greke took the time to honor one lucky species with the Attenborough name. But, by then, it was already too late. The world had been seduced by another.

P. attenboroughi didn't get a single mention in the press. David Attenborough, who spoke eloquently of A. rubicundus, made no mention of the tiny Indonesian snail.

There are no pictures to be found. Attenborough's (other) snail remains the undeserving embodiment of underdogs everywhere.