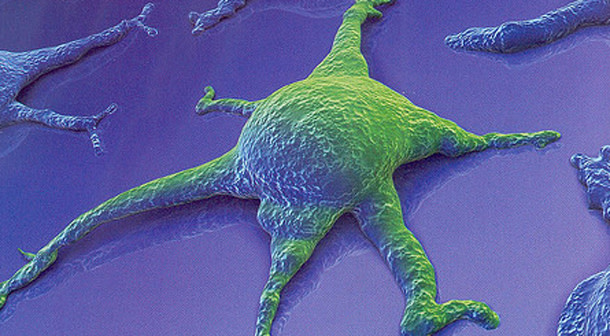 As we age, we lose potential. The options for a child seem limitless but as adults, our careers, opinions and relationships are constrained by the choices we made. And as we become more specialised, so do the cells in our bodies. As early embryos, we contain a core of stem cells that have the potential to become all the types of cells in an adult body – skin, nerves, muscle, and more. As our cells divide, they become increasingly specialised and they lose this limitless potential. But over the past five years, scientists have found ways of turning back the clock. We can now reprogram adult cells into a stem-like state, where they once again have the potential to produce a variety of different types. These “induced pluripotent stem cells” or iPSCs are one of the most important advances of the last decade. They herald the promise of creating personalised treatments for diseases, or even new body parts, all tailored to a person’s own genome. This field of research is frenetic, exciting and optimistic (see the interactive timeline below for more). But these cells aren’t ready for the big time yet. In recent months, several scientists have sounded a note of caution. Since iPSCs were first created in 2006, there was always reason to suspect that they weren’t quite the same as genuine embryonic stem cells (ESCs). And the scope of those differences is becoming clearer all the time.

Last year, George Daley’s team found that iPSCs carry a memory of their past identities

even after they’ve been reprogrammed. They have molecular marks that annotate their DNA and affect which genes are active. These “epigenetic” marks are like Post-It notes stuck in a book – they tell you which parts to read and which to ignore. They also constrain the future of the iPSCs – for example, they make it easier to produce blood cells from iPSCs that came from blood cells as opposed to, say, skin cells. And last month, Joseph Ecker’s group found even more epigenetic differences between iPSCs and ESCs

than anyone had suspected. Now, two other teams have found that reprogramming cells also changes their very DNA, so that the genomes of iPSCs are slightly different to those of the adult cells they came from. This isn’t just a case of different Post-It notes - the underlying text has also changed. And some of these mutations affect genes that are involved in cancer or genetic disorders. These concerns aren’t new. When Shinya Yamanaka first created iPSCs

, he used viruses to smuggle a quartet of genes into adult cells. If these are shoved into the wrong place, and disrupt important genes, they could trigger the growth of tumours. Indeed, one of Yamanaka’s four genes – c-Myc – is a known cancer gene. The choice between regained potential on one hand and cancer on the other was a frustrating one, and many groups worked to develop safer techniques. Some used viruses that stay out of their hosts’ DNA

with a gene that isn’t linked to cancer. Some avoided viruses entirely

. And some used RNA molecules instead

. But Athurva Gore and Zhe Li

from University of California at San Diego have shown that all of these methods still mutate the genes of the resulting cells. They analysed the DNA of 22 lines of iPSCs and the adult skin cells that they came from. The cells came from seven labs around the world and had been reprogrammed using five different methods. And every single one of these contained a few mutations that weren’t immediately obvious in their ancestral cells. The good news: there were only a handful of mutations or two in each line (124 in total), and no one really knows what effect they will have. The bad news: around 50 of them cropped up in known cancer genes, and several more affected genes involved in inherited genetic disorders. We don’t know if these cells would actually cause diseases if they were used in the clinic, but the risk is a worrying one. Meanwhile, Samer Hussein and Nizar Batada have found another problem. By studying another 22 lines of iPSCs, they found that their genomes have several places where entire chunks of DNA have been deleted or duplicated. They had twice as many of these “copy number variations” as true ESCs or adult skin cells, which made them an unusually genetically diverse bunch. In both studies, around half of these genetic changes were already in place in the forerunner cells, but at very low frequencies. They only became common enough to easily detect once the cells had been reprogrammed into iPSCs. The rest of the mutations turned up during the reprogramming process, and the method itself may be the problem. It’s a notoriously inefficient technique. If you start with 100,000 skin cells, you’d only get a handful of iPSCs at the end of it. Scientists pick these lonely successes and grow them into a large colony again, in which all the cells came from a single ancestor. They repeat the process again and again until they get enough cells. This is a stressful process for cells. It churns out a lot of highly reactive molecules that charge around and damage DNA as they collide with it. This may explain why Hussein and Batada found a lot of new CNVs at particularly fragile and exposed parts of the genome. There’s another problem – by repeatedly growing colonies from small groups of cells, scientists squeeze them through a genetic bottleneck. Any mutations that arose in the cherry-picked cells get a helping hand, and they soon dominate the new population. It might even be that iPSCs with mutations in cancer genes are better at growing, and more likely to be picked by eager geneticists. This explains why iPSCs contained mutations even if they weren’t created using DNA-infiltrating viruses. Fortunately, this problem also suggests an obvious solution – it may be possible to avoid any genetic changes by creating iPSCs more efficiently. Many groups are on the case. Some are adding accelerating molecules to the mix

, while others are changing the environment that they grow the cells in. Yet others are working on ways of screening iPSCs on their quality and usefulness

, to pick the best and most-suited cells for the job. Meanwhile, Hussein and Batada found that they could weed out a lot of the CNVs, simply by growing iPSCs for a long time and repeatedly splitting them into fresh liquid. The majority of CNVs handicap their affected cells so over time, they lose out to stronger neighbours. Indeed, this approach might also help to even out some of the epigenetic differences

between iPSCs and ESCs. As a result, Kun Zhang, who led Gore and Li’s study, is optimistic. He says that we may have found some abnormalities in iPSCs, but we also have the right tools to screen for them. “The first step of solving a problem is to have an accurate understanding of it, and I think we are there. I believe that, guided by these screening tools, the community will come up with many creative solutions in the near future.” Andras Nagy, who led Hussein and Batada’s study, thinks that the breakneck pace of this field will help. “The high speed is a very positive thing, because it rapidly generates the knowledge needed to understand the nature of iPS cells before we could think about clinical applications.” References: Gore, Li, et al. 2011. Somatic coding mutations in human induced pluripotent stem cells. Nature http://dx.doi.org/10.1038/nature09805