Will Europe Give in to Genetically Modified Foods? 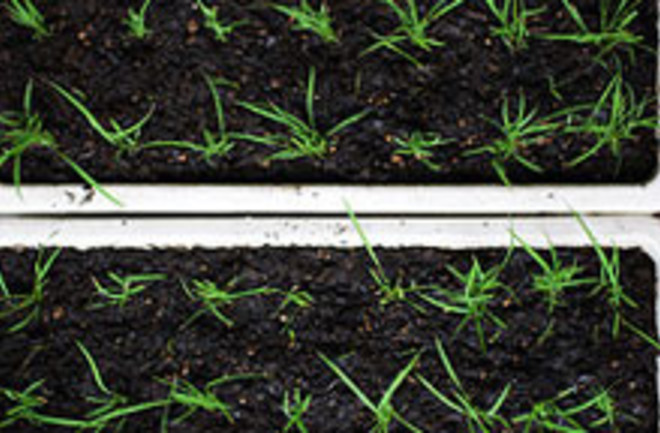 Thus far, Europe has never had a friendly attitude towards genetically modified (GM) foods. In contrast to the United States, most European governments have adopted the "precautionary principle" in dealing with this new technology, arguing that GM crops should be proven safe to both human health and the environment before farmers plant their fields with them. But as concerns about the world food supply grow, at least one nation is reconsidering that stance. British Prime Minister Gordon Brown is expected to attend a European Union summit today, where he will urge the assembly to consider the potential benefits of genetically engineered crops. Britain's environment minister says,

"There is a growing question of whether GM crops can help the developing world out of the current food price crisis. It is a question that we as a nation need to ask ourselves... Many people concerned about poverty in the developing world and the environment are wrestling with this issue," he said [BBC News].

The biotech companies that create the genetically engineered plants have long held out the promise that their products could increase crop yields, require less water, and reduce the need for pesticides, among other benefits. Boosters point to inventions like "golden rice," a genetically engineered rice plant that naturally produces beta-carotene, which could prevent vitamin A deficiencies in developing countries. But such examples have done little to sway public opinion in Europe.

In 2004, after a heated public debate, the [British] Government decided there was no scientific case for a blanket ban on GM crops. But amid fears over so-called "Frankenstein foods", it decided that commercial production would be allowed on a case-by-case basis, only if evidence showed it would not pose a risk to human health or the environment. There are no GM crops being grown in Britain and only one trial is taking place – of GM potatoes in Cambridgeshire [The Independent].

Even if European Union officials decide to ease restrictions, agricultural researchers say they don't yet know how much the modified crops could help the developing world, where food shortages and escalating prices have led to scattered riots.

Agriculture experts at the UN and in developing countries do not expect GM crops on their own to radically improve yields, but nor are they ready to write them off when they can offer resistance to drought and pests. The main trouble, they argue, is that almost all the research has been devoted to developing crops for rich countries in the northern hemisphere [The Guardian].

Related Post: Biofuels or Cheap Food: Do We Have to Choose?