Why white men get testicular cancer more than black men 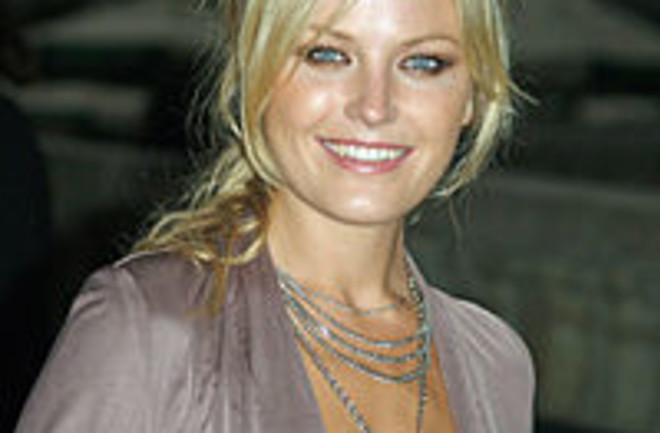 An individual polymorphic on the KITL locus? (Credit: David Shankbone)Pigmentation is one of the few complex traits in the post-genomic era which has been amenable to nearly total characterization. The reason for this is clear in hindsight. As far back as the 1950s (see The Genetics of Human Populations) there were inferences made using human pedigrees which suggested that normal human variation on this trait was controlled by fewer than ten genes of large effect. In other words, it was a polygenic character, but not highly so. This means that the alleles which control the variation are going to have reasonably large response, and be well within the power of statistical genetic techniques to capture their effect. I should be careful about being flip on this issue. As recently as the mid aughts (see Mutants) the details of this trait were not entirely understood. Today the nature of inheritance in various populations is well understood, and a substantial proportion of the evolutionaryhistory is also known to a reasonable clarity as far as these things go. The 50,000 foot perspective is this: we lost our fur millions of years ago, and developed dark skin, and many of us lost our pigmentation after we left Africa ~50,000 years ago (in fact, it seems likely that hominins in the northern latitudes were always diverse in their pigmentation) A new paper in Cell sheds some further light on the fine-grained details which might be the outcome of this process. Being a Cell paper there is a lot of neat molecular technique to elucidate the mechanistic pathways. But I will gloss over that, because it is neither my forte nor my focus. A summary of the paper is that it shows that p53, a relatively well known tumor suppressor gene, seems to have an interaction with a response element (the gene product binds in many regions, it is a transcription factor) around the KITLG locus. This locus is well known in part because it has been implicated in pigment variation in human and fish. So KITLG is one of the generalized pigmentation pathways which spans metazoans. There are derived variants in both Europeans and East Asians which are correlated with lighter skin, though there is polymorphism in both cases (it has not swept to fixation).

The wages of adaptation? (Credit: Hoggarazzi Photography) But this is a Cell paper, so there has to be a more concrete and practical angle than just evolution. And there is.

It turns out that a single nucleotide polymorphism mutation in the p53 response element results in a tendency toward upregulation of KITLG and male germ line proliferation.

The latter matters when it comes to tumor genesis, and in particular testicular cancer. This form of cancer is one where there doesn't seem to be a somatic cell mutation of p53 itself. Additionally, the authors observe that testicular cancer manifests at a 4-5 fold greater rate in people of European descent than African Americans. And, presumably the upregulation of KITLG is somehow related to increased melanin production. The authors posit that because of lighter skin in Europeans due to selection at other loci there has been a balancing effect at KITLG (increased tanning response). There is evidence of selection at this locus (a long haplotype and increased homozygosity), so this is not an unreasonable conjecture, though the high frequency of loss of function alleles suggests that the model is likely complex. I don't know if this particular story is correct in its details (though I am intrigued that variation in KITLG is associated with cancer in other organisms). But it illustrates one of the possible consequences of rapid evolutionary change due to human migration out of Africa: deleterious side effects because of pleiotropy. In other words, as you tinker with the genomic architecture of a population you are going to have to accept tradeoffs as you are optimizing one aspect of function. Genes don't have just one consequence, but are embedded in myriad pathways. Over time evolutionary theory predicts a slow re-balancing, as modifier genes arise to mask the deleterious side effects. But until then, we will bear the burdens of adaptation as best as we can. Citation: Zeron-Medina, Jorge, et al. "A Polymorphic p53 Response Element in KIT Ligand Influences Cancer Risk and Has Undergone Natural Selection." Cell 155.2 (2013): 410-422.