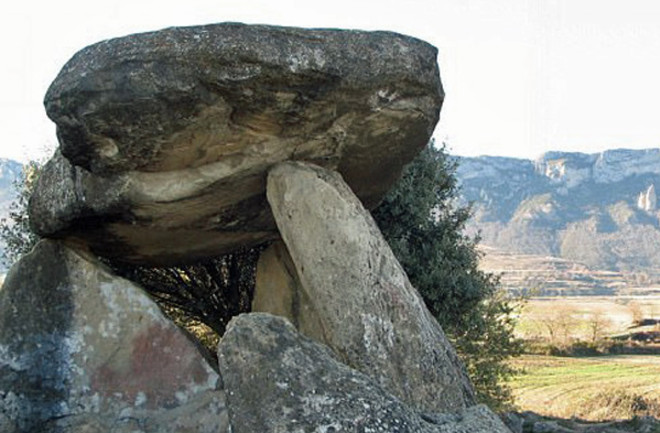 Anthropologist Teresea Fernandez-Crespo examined megaliths, or stone burial sites, in north-central Spain to learn more about how farmers lived in the Late Neolithic. (Teresea Fernandez-Crespo) We’ve heard how great times used to be, and I don’t mean in 1950s America. For eons, our hunter-gatherer ancestors shared their spoils with one another, didn’t own much and had very little social hierarchy. Sure, it wasn’t all kumbaya and high-fives. But the fact that individuals had so few personal possessions took the bitter dish of economic inequality off the table. So how’d we get to a world today where 1 percent of the population controls so much of the wealth? That’s a complicated question. But scientists are in agreement that the Neolithic transition — when, between 9500 and 3000 BC, farming became the dominant subsistence strategy — was the moment economic inequality first flashed its billfold. The sedentary life of farming led to complex societies that included division of labor and land ownership. Farmers owning fertile fields got rich, while farmers with rocky plots got by or found other work. Neolithic burial sites offer evidence of the growing divide between the rich and the poor. On the Balkan Peninsula, in a city called Varna, burials show that in the fifth millennium BC (about 1,000 years after the rise of agriculture in the region) “some of the earliest evidence of extreme inequality in wealth,” according to a paper published in May. One individual “was buried with more gold than is known from any site prior to that time,” the authors say. Teresea Fernández-Crespo, a physical anthropologist, coauthored a paper, published in 2015 in the Journal of Archaeological Science, indicating that in seven megalithic graves in northern Spain, many of the burials between 3700 and 1500 BC were male adults. The stone monument structures, scientists say, are thought to convey status upon those interred. Burial there was “most likely restricted only to those with particular rights and privileges,” Crespo says. Last month, Crespo published a paper in the journal PLOS One suggesting that many people interred in the megaliths from 3500 to 1900 BC owned valley land rather than mountain land. The study was within a region in north-central Spain called Rioja Alavesa that boasts plains, rolling hills and mountainous terrain. Crespo studied both megalith burials and cave burials. By examining the stable isotopic ratios of carbon and nitrogen in bone collagen, scientists can sketch the diet of people. Those buried in megaliths and caves ate mostly wheat and barley and sheep and cattle. However, those interred in caves — the Walmart of resting places at the time — had much higher carbon ratios. This could relate to the altitude, precipitation and air temperature of mountain life. The people might have been herders, but another possibility is that they raised row crops along mountain slopes, which generally offer less fertile land than that in the valleys. “It is possible that those interred in caves were of a lower social standing in some respect, with more restricted access to fertile valley plots best suited for agriculture,” Crespo says. Valley plots might have been the Upper Manhattan of land ownership within a stretch of farmland in north-central Spain. And with ownership came wealth, and economic inequality. Crespo plans further bone-chemistry tests on the sepulcher remains.