A newly detected fracture suggests that tectonic forces are pulling the continents together once again. 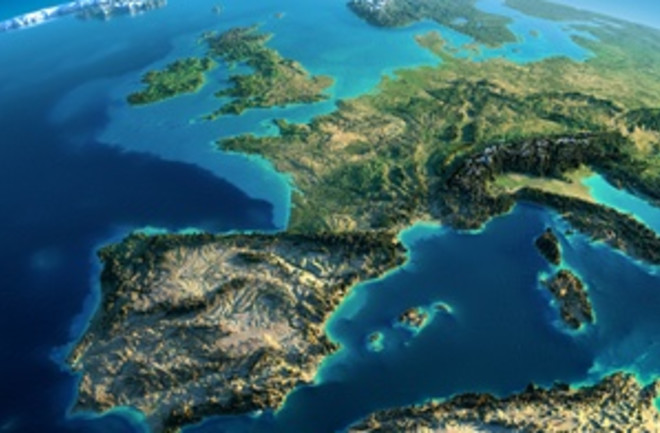 Geologists mapping seismic activity and underwater topography off the coast of Portugal say the tectonic forces that once split and spread the ancient supercontinent Pangea across the surface of the globe appear to be shifting into reverse, setting our existing continents on an eventual collision course.

While constructing a new tectonic map of the area, Monash University geologist João Duarte observed an inkling of a fracture in the normally intact and inactive plate that underlies the Atlantic Ocean. Such a fracture, says Duarte, is evidence of an “embryonic subduction zone,” where a new edge is formed, then forced under the remainder of the plate, into the Earth’s molten mantle. This process pulls the continents on the surface closer together.

His findings, published in Geology in June, provide a possible explanation for the creation of midplate subduction zones that have long eluded plate tectonic theorists, and suggest that oceanic closing may already be underway in the Atlantic.

The slow process of continental spreading and reassembly has occurred only three times in Earth’s history, and we’ve got another 220 million years to go before Europe and the Americas reunite, so don’t start planning your trans-Atlantic road trip just yet.

[This article originally appeared in print as "When Continents Collide."]