What's Up With Hurricane Ioke? 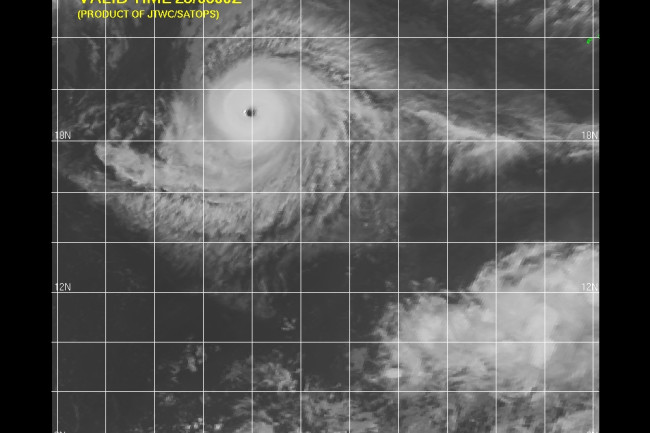 As you can see from the image above, courtesy of the Joint Typhoon Warning Center, we've got a Cat 5 right now in the Pacific. But it isn't a typhoon, because it didn't form in the western North Pacific. Neither did it form in the eastern North Pacific (the "I' storm from that basin this year is Ileana). Rather, Wikipedia has this to say about Ioke: "It is the first tropical storm to form in the Central Pacific since 2002...Overnight between August 24 and August 25, Ioke strengthened into a Category 5 storm, the first storm with a name from the Central Pacific list to reach that intensity." This seems consistent with my admittedly limited understanding, i.e., that the Central Pacific isn't really a very active hurricane basin (certainly not as a site of actual hurricane formation, although storms may well drift into the area). So, Ioke seems noteworthy to me. But I don't know how much to make of it.