What You Get When You Name a New Dinosaur Over Beers: Mojoceratops

Meet Mojoceratops, the newly discovered dinosaur with the best head stylings of the Late Cretaceous. A lover--scientists suspect he used his flamboyant frill to attract mates--Mojoceratops lived 75 million years ago, about 10 million years earlier than his more conservatively coiffed cousin, Triceratops.

Mojoceratops owes his name to a few beers. As described in a Yale University press release, Yale post-doc Nicholas Longrich blurted it out one night while throwing a few back with fellow paleontologists:

"It was just a joke, but then everyone stopped and looked at each other and said, 'Wait--that actually sounds cool'.... I tried to come up with serious names after that, but Mojoceratops just sort of stuck."

With an article published today in the Journal of Paleontology, the name went down on the books. Longrich first found Mojoceratops in 2008 while digging through the American Museum of Natural History's fossil collection. He noted that some skulls, that were believed to belong to a species called Chasmosaurus, looked "wrong." For one, they had horns that were too long. Investigating at other museums, the distinctive heart-shaped frill also popped up in collections in western Canada. In total, he uncovered eight partial skulls. Apparently, Mojo couldn't survive on good looks alone. Longrich suspects that the hippo-sized herbivore roamed Canada's Alberta and Saskatchewan provinces for only about one million years. Maybe he looked good enough to eat. Squinting at the picture above, does anyone else think chocolate bunny?

Did the Dinosaurs Live at the Same Time? 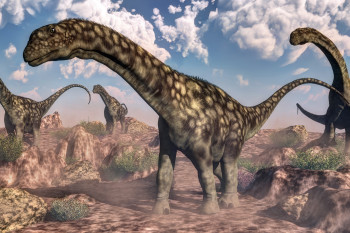 Planet EarthWhich Dinosaur Is the Biggest Ever Found? 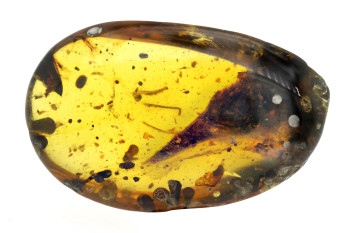