What is This? A Windshield's Worst Nightmare Come True?

It may look like a worthless rock, but it can be encrusted with diamonds or used to find black gold. 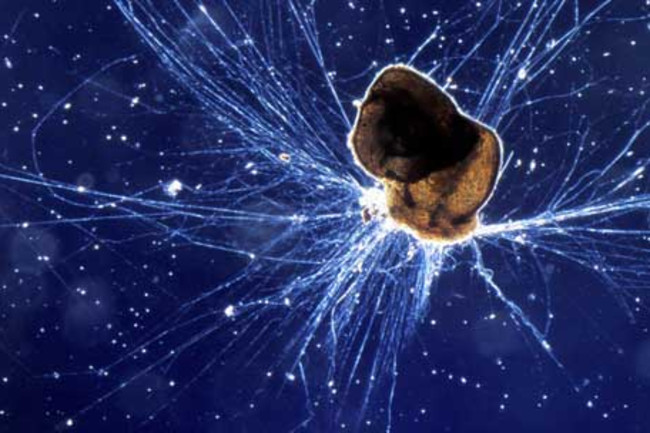 Foraminifers are shelled, single-celled marine creatures that have inhabited the world's oceans for at least the past 540 million years. The pseudopods—thin strands that extend from the shell—are used for catching food and mobility.

Petroleum engineers use foraminifer fossils to maximize their oil yields: If certain fossils exist in an oil-rich layer of sediment, locating similar ones in the surrounding rock is likely to lead to more oil.

Foraminifers typically encase themselves in shells made from sediments on the seafloor, but a recent study found [pdf] 65-million-year-old specimens with shells of small diamonds, which the ancient animals probably gathered from debris created by the deadly meteorite that wiped out the dinosaurs.