Were Coal Explosions to Blame for the Planet's Biggest Die-Off? 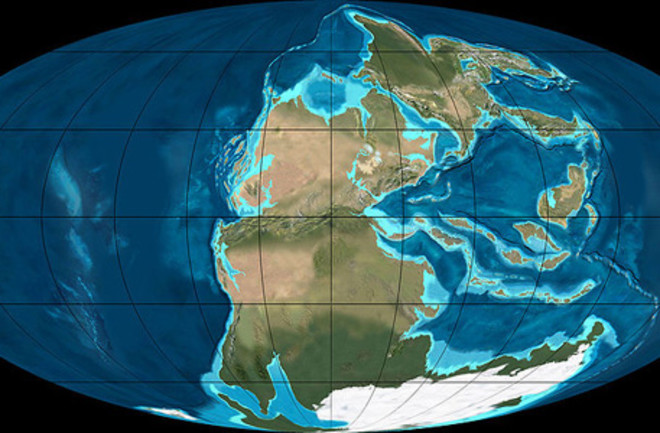 The Permian extinction event was the biggest shake-up of life that Earth has ever seen: in the "Great Dying" that took place 250 million years ago, more than 90 percent of marine species were killed and about 70 percent of land animals vanished. The cause of this catastrophe has been debated for years, but new research suggests that volcanic eruptions triggered massive coal fires that pumped pollution into the air, eventually poisoning the planet. The study, published in Nature Geoscience, is based on new findings from arctic rocks that date back to the Permian period, when all of the planet's land masses formed a supercontinent called Pangaea. When the researchers analyzed the rocks, they found signs of a coal-based apocalypse.

Besides the usual miniscule clumps of organic matter, they also found tiny bubble-filled particles called cenospheres. These frothy little blobs form only when molten coal spews into the atmosphere, the researchers say.... [The cenospheres] must have been created when massive amounts of molten rock—more than 1 trillion metric tons—erupted through overlying coal deposits in Siberia to form lava deposits known as the Siberian Traps. [ScienceNOW]

" produced in today's coal-fired power plants--toxic stuff that's largely captured by power plants' filters. The Permian coal ash would have contained toxic heavy metals as well, and the researchers say it could have been carried around the world by jet stream winds. When the particles eventually settled into the world's oceans, they may have turned the waters toxic. As the researchers write in the paper:

The char is remarkably similar to modern coal fly ash, which can create toxic aquatic conditions when released as slurries. We therefore speculate that the global distribution of ash could have created toxic marine conditions. [Nature Geoscience]

Other experts on the Permian extinction say this study doesn't settle the matter for good; some still champion possible culprits like an asteroid impact or a shift in ocean chemistry. But researchers are keenly anticipating more studies on the coal ash theory.

Further studies of other end-Permian sediments around the world should show how widely the fly ash spread as the coalfields burned, and therefore how important it is likely to have been in causing the global extinction, says Andrew Knoll, a palaeobiologist at Harvard University. [New Scientist]

80beats: In the Permian Period, Erupting Super-Volcanoes May Have Killed Half the Planet