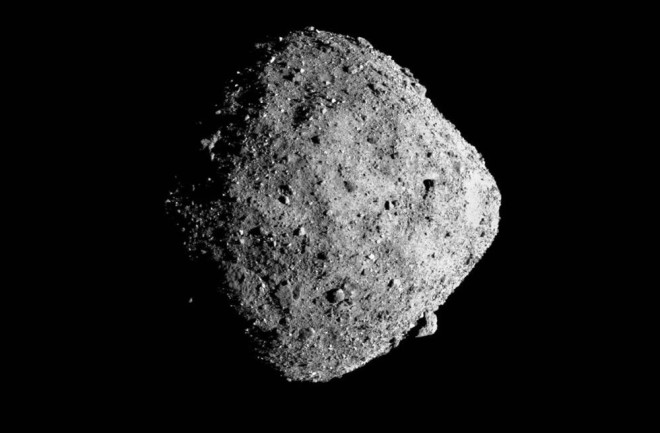 The early solar system was a strange place. Instead of all the planets with which we are so familiar, there were likely lots of small proto-planets and moons competing to get larger and larger. That’s because early on, the planets were accreting — that is, they were being built as bits of rock, dust and gas stuck together due to collisions. The larger the object got, the more pieces would be attracted to it thanks to its increasing gravitational pull.

Eventually, these objects would get big enough to attract very large objects and massive collisions could happen, melting parts of these planetesimals. They would also grow massive enough to retain heat and start to melt their interiors, potentially forming a planet like Earth, where we have layers divided up by density: heavy elements at the core, lighter elements at the crust. This process of differentiation is the hallmark of the largest objects (planets, moons and asteroids included) in our solar system.

Read more: The early solar system was a messy place

That’s why the two objects that NASA has just visited are so fascinating! They might give us a look at that early solar system, before the planets took over. The first is in the inner solar system while the second is in its outermost reaches and both capture that primordial state of accretion.

Close up of the surface of Bennu, showing off its odd debris-laden surface. Taken December 2, 2018 by OSIRIS-REx. NASA.

Close up of the surface of Bennu, showing off its odd debris-laden surface. Taken December 2, 2018 by OSIRIS-REx. NASA.

Bennu is an asteroid currently being orbited by OSIRIS-REx, a mission sent to explore the tiny object and return a piece of it to Earth. Bennu is tiny, with a radius of only ~262 meters (~860 feet) and it orbits a little further out from the Sun than our planet. It is likely made mainly of rocky debris, and this is really the first carbonaceous asteroid of this size we’ve visited.

Some of the first images of Bennu (above and below) show its downright weird nature. Instead of looking like a chunk of rock or a nice sphere of an object, it looks like a pile of debris glued together in a haphazard fashion. The chunks look angular and blocky, so they might be debris from multiple collisions of smaller objects that stuck together during the chaos of the inner solar system’s first few million years. When OSIRIS-REx returns a piece of Bennu to Earth sometime in 2020-21, we’ll get first-hand samples of what might be the origins of all the planets.

Earlier this month, another NASA mission visited a primordial object: MU69. After the stunning fly-by of Pluto-Charon in 2015, New Horizons zipped even closer to this small Kuiper Belt object that turned out to be two chunks of material that were connected (see below!) Right now, we still only have preliminary images of MU69 because the rates of data transmission from ~6.4 billion kilometers (~4 billion miles) away are very, very low, but over the next few months, we should see better resolution shots of this object.

However, these early views show something entirely foreign. Unlike Bennu, MU69‘s surface is oddly smooth except for a few small craters (and maybe some deeply “eroded” ones?) and could betray that the objects is a melange of rock and ice — in a sense, a comet-in-waiting. Its location in the outer solar system also likely limited its early encounters with other objects, which means it probably saw fewer impacts. MU69 is a lot larger than Bennu, spanning 31 kilometers (~19 miles) across, but as objects in the solar system go, it is pretty small.

The Kuiper Belt is a home for early bits of the solar system that might also be where most of our comets come from. If they get perturbed by some gravitational interaction, they could head toward the inner solar system to be heated by the Sun, creating a tail of gas and debris. MU69 might just be one of these objects that could become a comet — or it mighrt stay out in the fringes of our solar system, retaining all the signatures of its formation over 4 billion years ago.

That’s why exploring the solar system is so amazing! Not only do we get to visit objects potentially billions of kilometers away, but we are, in a very real sense, looking back in time to see how the solar system formed. The Earth has changed so much since it formed thanks to plate tectonics. Bennu and MU69 may retain much of the properties of the stuff that was around when all the planets were still trying to gobble up as much material as they could to become what they are today. Welcome to our planetary origins!