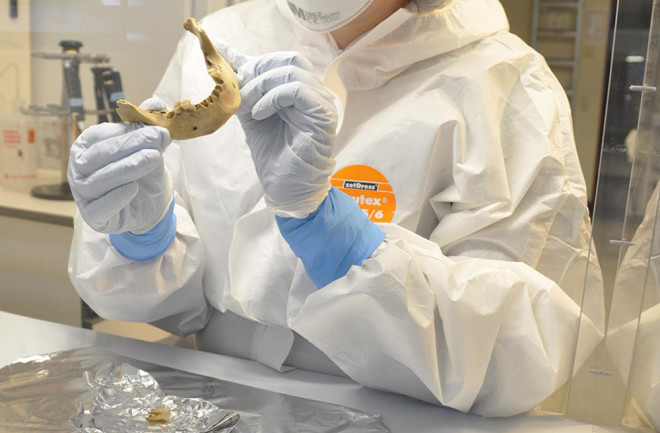 Johannes Krause/Max Planck Institute for the Science of Human History

Sign up for our email newsletter for the latest science news
German researchers at the University of Tuebingen (below) found a genetic motherlode in ancient Egyptian artifacts, including the sarcophagus (above) of a young girl. | BPK/Ägyptisches Museum und Papyrussammlung, SMB/Sandra Steiss

Despite what Jurassic Park told you, DNA doesn’t last forever. Even though mummies can preserve human tissues for millennia, most useful DNA doesn’t make it. That’s why it was a pleasant surprise when archaeologists announced in May they’d found three full genomes from Egyptian mummies. Initial analyses are already suggesting that ancient Egyptians had much more Middle Eastern ancestry than Egyptians do today, and more insights likely await.

Working with 151 mummies recovered from a large burial site near Cairo, German researchers sampled bones, teeth and soft tissue to sift out any viable DNA sequences.

Johannes Krause/Max Planck Institute for the Science of Human History

In all, they recovered 90 mitochondrial sequences — the tiny portion of our genome contained within mitochondria — in addition to the three full genomes, as detailed in a paper in Nature.

The mummies were buried between 1400 B.C. and A.D. 400, a span covering ancient Egypt’s New Kingdom and Roman Period. The entire genetic library comprises the most reliable dataset from the area to date, and makes a case for the viability of DNA sequencing in Egyptian archaeology.