Turtles all the way down! 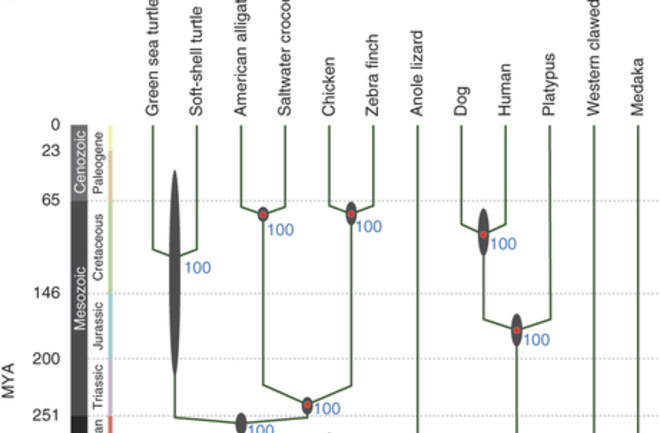 Nature Genetics (2013) doi:10.1038/ng.2615 No time to comment extensively, but check out The draft genomes of soft-shell turtle and green sea turtle yield insights into the development and evolution of the turtle-specific body plan (open access). The paper and the ScienceDaily press release allude to some phylogenetic confusion as to the relationship of turtles to other reptilian lineages, but my own superficial knowledge of this area left me rather unsurprised by this tree. What am I missing? Though reading the Wikipedia entry it seems that spotty marker coverage has produced a lot of controversy. What's more striking to me is that so many terrestrial vertebrate lineage seem to have emerged over a relatively short period of time. Though presumably this may simply be an artifact of the reality that most lineages go extinct so we're only left with relatively deep branching patterns. Someone who knows fossils can chime in.