To Feed the World, Try Legos 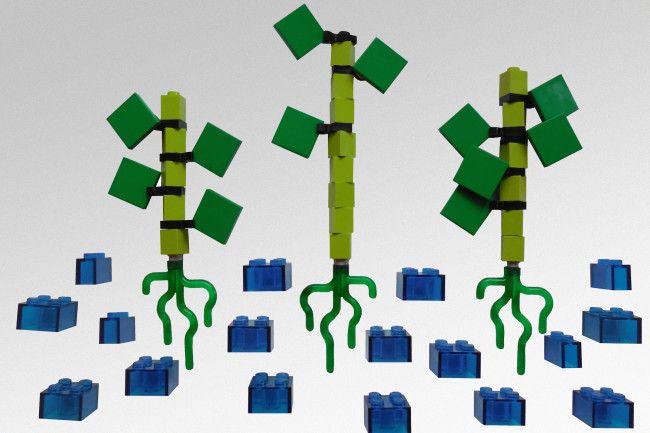 "It was an idea that just popped into my head," says Ludovico Cademartiri, a materials scientist who's upped his research game by using Legos. He hopes other researchers will steal his idea, and not just because Legos are fun. Cademartiri thinks the humble bricks could help solve the world's impending food crisis. Members of Cademartiri's lab

at Iowa State University work on a wide range of research projects—from nanomaterials to electricity to plant science. While Cademartiri and postdoctoral researcher Tom Sizmur were brainstorming ways to build containers to study plant growth, they struggled with a long wish list. The best building material would be something cheap and modular, so that experiments could easily be scaled from the very smallest seedlings to the largest plants. It would also come in precise sizes, so researchers could repeat their experiments exactly. Then it hit Cademartiri: Legos are modular, cheap, and easy to obtain. No matter where in the world you buy them, they come in precisely the same dimensions. Since all Lego bricks fit with each other, a small set of tools can be shuffled to create a large set of structures. (With six identical Lego bricks, you can make almost a billion different arrangements.) And although bright yellow and red bricks could really perk up a lab, Legos also come in transparent options—which was exactly what the researchers needed, so they could monitor their plants' root growth in real time. It's also a plus that Legos are a kids' toy, since it means they're required not to give off any toxic chemicals. Cademartiri didn't plan to chew his bricks, but did like the fact that they wouldn't chemically interact with his experiments. The bricks can also be put through an autoclave—a machine scientists use to sterilize equipment with steam, like a dishwasher that is really not messing around. All of this means that the researchers can grow whole plants in environments that are "highly controlled," both physically and chemically, Cademartiri says. Plants themselves, of course, all grow a little differently. But making their settings completely identical can help scientists do more precise experiments, so they can better study how plants respond to changes in those settings. The researchers in Cademartiri's lab have successfully grown wheat, corn, and other seedlings in transparent Lego boxes

filled with a kind of gel instead of soil. "The demand for food is expected to increase by 70 percent in the next 35 years," Cademartiri says, and farming isn't on track to keep up. "There is an urgent need to improve our understanding of how plants respond to their environment so that we can better improve, predict, and optimize their performance in the field." He hopes that by creating practical, inexpensive tools for studying plant growth, his lab will help propel these experiments forward. The researchers have big dreams for the little interlocking toys. "Our long-term objective is to make a contribution to solving the food supply problem," Cademartiri says. Toward that end, all their research is open source so other scientists can easily use it. If any labs want to take a break now and then for play time, that doesn't hurt either. 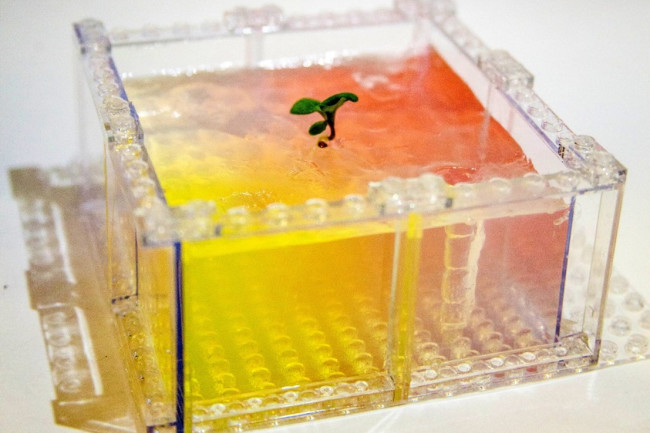 Lego art: by Annie Preston (my sister). Check out her blog, Brick Penguin