To Eat a Triceratops, Tear It Apart 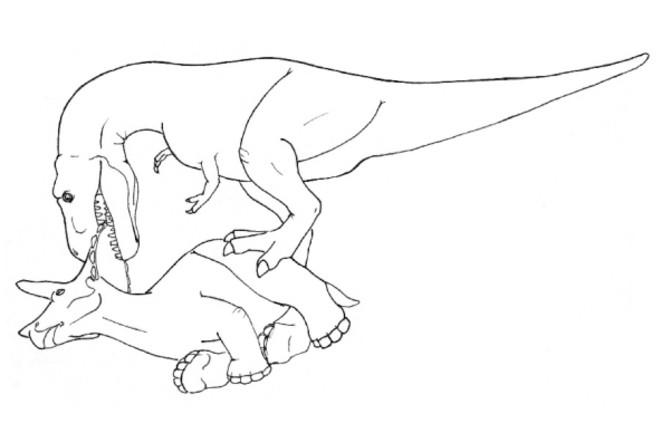 Paleontologists now think they know how the predatory Tyrannosaur ate the well-protected Triceratops: by ripping its head off.  The carnivore may have forcefully yanked on the bony frills around the neck of its horned prey in order to get to the rich meat beneath. The researchers, who reported their findings at the Society of Vertebrate Paleontology’s annual meeting last week, suggested this scenario after examining Triceratops skulls, where they found puncture and pull marks on the neck frills—along with bite marks on the head-neck joint that could only have been made on a severed head.