Imagine being able to drink ludicrous amounts of alcohol without getting drunk and without the nasty consequences in the morning. For some people, it would be a dream come true but for the pen-tailed treeshrew (Ptilocercus lowii), it's just part of everyday life.

The treeshrew lives in the rainforests of Malaysia and its local drinking establishment is a large plant called the bertam palm. The palm develops large stems a few metres in length, each of which sprouts about a thousand flowers. These are loaded with an alcoholic nectar with a maximum alcohol concentration of 3.8% - as strong as beer and one of the most alcoholic natural foodstuffs known. And because of it, the bertam plant regularly smells a lot like a brewery.

Frank Wiens from the University of Bayreuth, Germany, put several palms under 24-hour video surveillance and found that seven species of mammals, including treeshrews, regularly visited them to drink their boozy excretions. They would move up and down the stems for hours at a time, licking nectar as they went. Many animals, from monkeys to elephants, sporadically get hammered on naturally occurring alcohol but aside from some humans, the treeshrews are one of the few species we know of that chug the demon drink on a daily basis.

Wiens calculated that the animals were frequently drinking as much alcohol for their weight as a human woman knocking back nine glasses of wine in an evening. The little binge-drinkers were imbibing these substantial amounts on an average of one night in every three.

Wiens confirmed this by testing the hair of captured animals for a chemical called ethyl glucuronide (EtG). Enzymes in the body convert alcohol into EtG, which often becomes incorporated into the shafts of growing hair, so its presence acts as a marker for previous indiscretions. Sure enough, the treeshrews had far higher levels of EtG in their fur than tee-total lab rats. These levels were so high that if you recorded them in human hair, you would think the person in question was drinking at a life-threatening level.

Not as think as you drunk I am

But amazingly, the treeshrews never showed any signs of drunkenness or failing coordination (the animal in the hand above is sleeping not drunk). Clearly, they must have evolved some way of coping with high doses of alcohol that completely surpass the abilities of humans. For the moment, we have no idea how they do this, but the high levels of EtG in their hair suggests that they may break down alcohol in this way to a far greater extent than humans do. By converting the alcohol they drink into EtG, they keep the levels in their blood and their brain low. 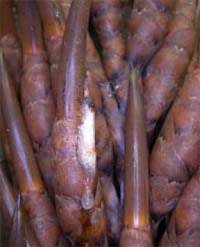 Wiens believes that the alcoholic nectar is the palm's way of attracting mammals as pollinators. Their flowers are unlike any pollinated by insects, and its sturdy structures and strong-smelling nectar seem tailored to luring and supporting small mammals as pollinators of choice. Certainly, many of the palm's characteristics seem geared towards brewing its enticing cocktail. The flowers go through an unusually long period of nectar production that gives it enough time to ferment. Their buds act as isolated fermenting chambers and always contained several species of yeast, many of which are new to science.

The relationship between the palm and the treeshrew is an ancient one, possibly dating back to over 55 million years ago. Both species diverged from their respective lineages at about this time and Wiens thinks that they have retained a partnership ever since. The plant gets a pollinator but it's unclear what rewards the treeshrews reap from the alliance.

Wiens suggests that drinking alcoholic nectar provides them with some sort of advantage, which balanced out the drawbacks of chronic drinking long enough for the animals to evolve ways of coping. The fact that the palm churns out their nectar at regular intervals throughout the year may have something to do with it- it makes them a dependable supply of food.

The pen-tailed treeshrew is the most primitive of the treeshrews, which are themselves an early offshoot of the lineage that led to monkeys, apes and eventually ourselves. As such, they could prove to be an interesting model for understanding the role that alcohol has played in the evolution of the primates