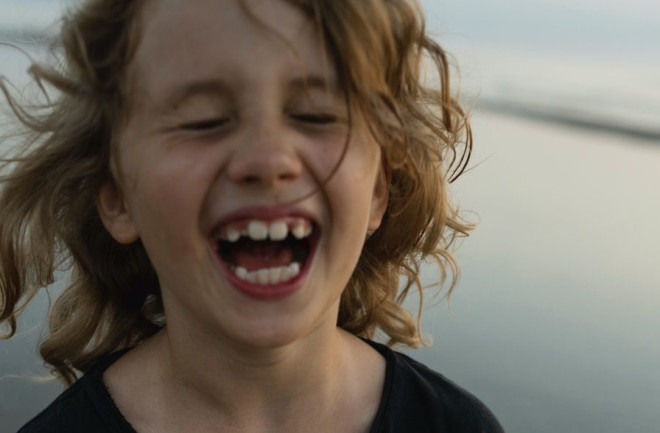 Four years ago, I found myself cataloguing some dusty containers of about 1,500 human teeth that had been pulled by dentists over the last 50–60 years.

One tooth stood out from the others. It was an incisor—a cutting tooth located near the front of the mouth—but instead of being a simple shovel-like shape, it had a second huge, snaking lump at the back. With some time to spare at the end of a long day in the lab, I decided to slice it open and take a look at it under the microscope. What I found blew me away: The odd tooth had grown in a way that I had never seen documented before.

By the end of my doctoral project, I’d looked at another 300 teeth, and I had found all kinds of anomalies in batches of human enamel (the hard, white outer surface of a tooth). I recorded the fastest-growing tooth ever observed, the slowest-growing tooth, and that one odd incisor, where the enamel growth slowed down over the years instead of speeding up, as has always been seen in other teeth. I also saw tooth enamel growth slowing down steadily from one generation to the next over a period of 2,000 years in Britain, and I saw differences from place to place in how thick enamel grew to be.

These research findings could lead to rewriting textbooks. We biological anthropologists will need to start rethinking our conclusions drawn from tooth enamel; we may even be able to learn surprising stories from it—such as how long ancient populations chose to breastfeed.

Biological anthropologists can learn a lot from teeth. Measures of isotopes (different atomic weights of common elements) can reveal whether our ancestors mostly ate meat or plants and/or land-based or coastal foods; measurements of canines can reveal how aggressively living primates compete to breed; the counting of cavities and analysis of wear hints at how much carbohydrates ancient human populations consumed.

My particular area of expertise lies in enamel. Tooth enamel grows in cycles, like most trees, leaving behind layers of incremental rings that record what the conditions were like for our teeth while they developed during childhood. The rings for many trees are annual; for human teeth, they’re daily.

The enamel of the earliest-growing teeth begins to form before birth. After birth, these teeth then start to mineralize and harden under the gumline in very early childhood (around 6 months to 1 year). Different teeth start and finish developing at different times, but the process is typically complete between the ages of 15 to 18 years. Moments of stress can also create thicker rings during growth: For example, a thick line called the “neonatal line” forms on the day of birth.

An adult human tooth has around 1,200 identifiable rings in its enamel, each just a few micrometers (0.0001 mm) apart. To see them, I slice a tooth in half before putting a thin cross section under a powerful microscope. I then laboriously count the lines one by one to measure how much enamel grew each day.

People working in my field have drawn many conclusions about human enamel thickness and growth over the past three decades. Documented evidence typically states, for example, that tooth enamel growth speeds up over the years until the enamel cap is fully formed, meaning the space between each ring gets larger and larger as they form. There is a common assumption that this speed of enamel growth is relatively constant between populations.

This abnormal incisor had an extra chunk of enamel. A cross section shows the daily rings inside. (Credit: Christopher Aris)

But these conclusions are based on just a small subset of teeth coming mainly from five collections: three from Northern Europe (modern-day England, Bronze Age Britain, and medieval Denmark); one from South Africa (modern-day individuals); and one from North America (modern-day individuals). This doesn’t exactly cover the entire globe, nor a large part of human history. In many cases, these collections are largely studied within themselves and have rarely been compared to one another. There hasn’t been a comprehensive search for variation in enamel growth speed, for example.

In addition, the vast majority of work on enamel growth has been done on normally shaped teeth—that is, those without abnormal growths or those unaffected by pathology, such as malnutrition. The largely excluded “unhealthy” teeth may also have interesting things to say.

To add to the available data, my colleagues and I examined around 300 teeth from people who lived during a 2,000-year period in Britain that spanned five eras, starting with the Roman Empire and including modern-day society.

We found a strange and interesting pattern, where enamel grew incredibly fast in the Roman teeth (A.D. 70–400) but then slowed dramatically over the course of 2,000 years between populations, settling at a speed around 25 percent slower in modern-day teeth. This pattern was clear and clean, with growth rates dropping consistently from Romans to early Anglo-Saxons, early to late Anglo-Saxons, late Anglo-Saxons to medieval people, and finally, from medieval individuals to modern-day people.

It was the sort of pattern a doctoral student can only dream of seeing in their data. Enamel growth speeds in humans do not seem to be as consistent as previously thought.

With extra work, we might be able to use tooth enamel to learn a lot more about populations where no written records exist.

My theory is that the slowing in enamel growth may be the result of parallel decreases in breastfeeding and weaning times. We know a lot about how women typically breastfed over this time period from both written records (the advice that priests handed out, for example) and isotope studies of teeth and bone. The evidence for Romans, for instance, suggests they breastfed children until around the age of 3 and weaned until 4 and 1/2 years, whereas medieval mothers would only breastfeed their children until they were around 2 years old and complete weaning within six months of this age.

So far, this is just an observed correlation. I am working now to see if the explanation holds up. With extra work, we might be able to use tooth enamel to learn a lot more about populations where no written records exist: Maybe we could learn something about the breastfeeding patterns of ancient populations from the growth rates of their teeth. For now, that’s just educated speculation.

I also found enamel thickness differences between different populations. In the teeth of early Anglo-Saxons, I found thickly enameled molars (rear-located grinding teeth), which were far thicker than what I saw in any other population. What made this population different?

The early Anglo-Saxons I was studying were a coastal population, whereas all the others were from inland regions. It’s possible that the abrasive sandy seafood they ate prompted their enamel to grow thicker to protect their teeth. This has been seen in nonhuman animals: Orangutan tooth enamel is thought to be thicker than chimpanzee enamel because the orangutans eat harder fruits when ripe fruits are unavailable. It has also been seen in humans in a few isolated cases but never between populations that lived so close together in time.

The abrasiveness of sand in seafood may have encouraged extra enamel growth in early Anglo-Saxons who fished in what is today the Thanet district of England (shown here). (Credit: Bex Walton/Flickr)

The abrasiveness of sand in seafood may have encouraged extra enamel growth in early Anglo-Saxons who fished in what is today the Thanet district of England (shown here).

All these findings together mean that the standard assumptions about tooth enamel growth being basically the same from place to place and time to time might not hold up.

It is important to remember that these findings only represent one year’s worth of publications and are limited to studies of British teeth (because that’s where I live and what I have easiest access to). It would be interesting to collaborate with Indigenous and other experts and scholars from other regions to expand this research across the globe and to go further back in time. There are undoubtedly more surprises to be found.

Christopher Aris is a biological anthropologist who currently teaches anatomy and osteology at the University of Sheffield. This story was originally posted on SAPIENS. Read the original article here.