“Tick Riders” Watch for Blood-Sucking Invaders at the Mexican Border 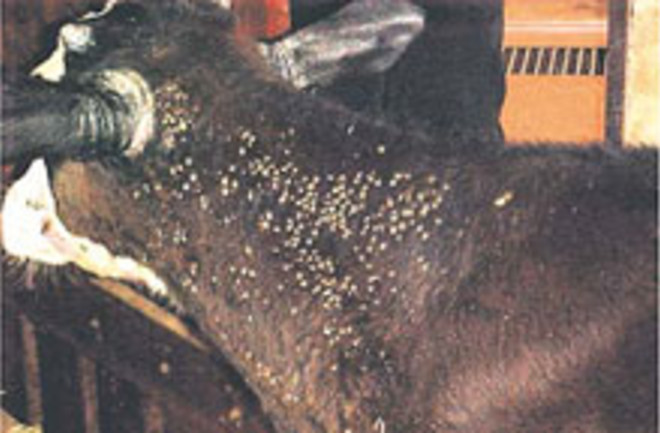 In a remote region in southern Texas, a horde of eight-legged creatures feasts on a flock of helpless prey. These tiny parasites are called fever ticks, and they’re threatening to invade the U.S. and decimate our cattle population. But not if the Tick Riders can stop them. Fever ticks carry little protozoa in their saliva—nasty buggers that cause 90 percent of the cattle they infest to die after suffering from bloody urine, anemia, and weight loss. So the U.S. Department of Agriculture has rounded up a task force—the Tick Riders—to patrol a 700-mile zone along the Rio Grande on horseback and inspect stray cattle and ranch animals for ticks. Sixty-five years ago, a national eradication effort succeeded in running these varmints out of town, but they’ve wandered back into Dodge, with the most recent outbreak taking place in 2004 in a quarantined zone in Texas. Tick infestations within the quarantine zone have been increasing, and officials are now concerned that the critters may spread and reach other parts of the country. To move out of this zone, the cattle must be “scratched”—an inspector runs his fingers over the animal from head to tail, searching for ticks. (If any are found, the cattle are dipped in stinky stuff called coumaphos to kill off the blood-sucking beasts.) Tick Rider James Wells keeps his fingernails long so he can more easily pluck ticks off the cattle he inspects. After all, a man’s gotta do what a man’s gotta do.

More From Discover
Health
How Did Smallpox Anti-Vaxxers Compare to Those Today?
Planet Earth
We Still Don’t Know What’s Killing the Birds
The Sciences
How Do Dogs Sniff Out Diseases?
Health
For the Immunocompromised, the COVID-19 Pandemic Isn’t Over
Technology
Competition and Collaboration: Understanding Interacting Epidemics Can Unlock Better Disease Forecasts
Health
The Quest to Make a Vaccine Pill
Recommendations From Our Store
My Science ShopDiscover STEM Kits
My Science ShopDiscover 2022 Calendar
My Science ShopStrange Science
My Science ShopElements Flashcards
Shop Now
Stay Curious
Join
Our List