This Company Claims It Will Deliver Lab-grown Meats by 2018 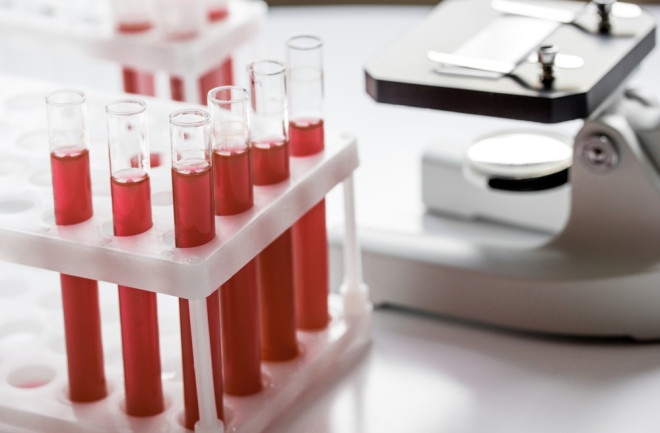 (Credit: 279photo Studio/Shutterstock) Patties of beef grown in a lab could be hitting supermarket shelves as early as 2018. That's the bold statement from Hampton Creek, a San Francisco-based food company that produces mainly vegan condiments and cookie doughs. As the Wall Street Journalreports, the company says they are working on growing cultured animal cells in the lab to turn into cruelty-free meat products, and the product could be ready as early as next year. If the rocky history of lab-grown meats is anything to judge by, however, they have a difficult road ahead of them.

The idea of lab-grown meats dates back decades, and the actual process of coaxing muscle cells to grow in the lab has been achieved since the 1970s. The prospect of actually bringing these artificial meats to the table resurfaced in 2006, when Vladimir Mironov, then at the Medical University of South Carolina, proposed plans for a coffee maker-like machine that would brew up personalized burgers and steaks from cell cultures and growth medium overnight. That project eventually foundered, as we reported this year, but the lure of lab-grown meats remains attractive. Mark Post, a physiologist at Maastricht University in the Netherlands, unveiled the first actual lab-grown burger in 2013 at a glitzy event in London. It cost $325,000 to produce (although he says costs have since come down), and, according to the tasters, was a bit on the bland side. Post has since formed a company, Mosa Meat, to refine the technology needed to bring costs down, and other groups, such as Memphis Meats, are pursuing a similar goal.

The challenges they face are multifaceted. The most pressing concern at the moment is scale — while it's been shown to be possible to grow a hamburger in the lab, that doesn't mean we're anywhere near producing them by the millions. It currently takes massive amounts of cultured tissues to produce even one patty, meaning that both physical space and cost requirements far outweigh the returns of growing meat in a lab at the moment. Artificial meat also requires a scaffold to grow on, a structure that will ideally be edible for lab-grown meats and must be stretched, or "exercised" periodically to stimulate growth. And the lab beef grown so far can't even claim to be cruelty-free yet, as it require fetal calf serum for sustenance. Once those issues have been resolved, consumers will need to be convinced both that lab-grown meats are safe, and that they taste as good as the real thing. While taste may be subjective, a study released this year did indicate that over half of participants would be willing to give lab-grown meat a try, and about fifty percent would regularly pay more for the experience. If it ever comes to fruition, meat products grown in incubators could solve a host of problems for our growing population. Meat production is resource intensive and is a significant contributor to greenhouse gas emissions. Projected demand for meat is set to soar beyond what we currently produce, and ethical concerns around factory farming continue to be an issue as well. Making meat sans animals would be a boon for future space travelers as well, allowing them to feast on ribs and bacon far from Earth without the logistical awkwardness of turning pigs into astronauts. It's difficult to know right now if Hampton Creek can deliver on their aspirational claims — the company has previously battled allegations of rushed product development and uncertain science in its line of vegan mayo. Should it come to pass, however, other lab-grown meat companies will be left scratching their heads and scrambling to catch up. And consumers will be able to take another step into the future.