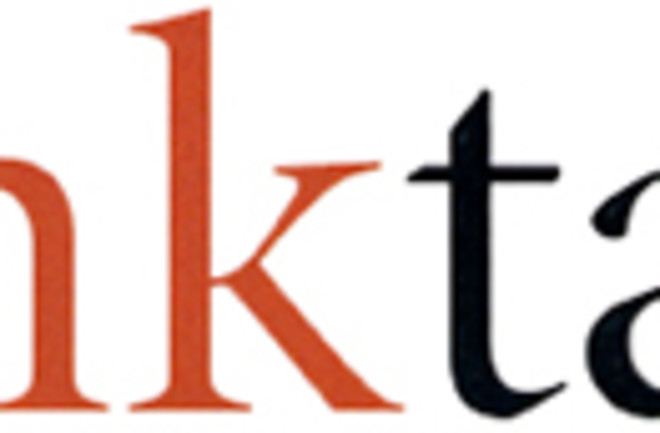 Although the global HIV/AIDS pandemic continues to grow in many parts of the world, ACCOMPLISHMENTS IN HIV/AIDS research rank among the truly important advances in medicine in the past 25 years. Most important among these was the identification of HIV as the causative agent of AIDS within three years of the recognition of the first AIDS cases in 1981. As a result, a number of other IMPORTANT ADVANCES ENSUED. A sensitive and specific HIV blood test was quickly developed and subsequently used both to protect the blood supply and illuminate the scope of the epidemic. Remarkable advances in UNDERSTANDING THE PATHOGENESIS and natural history of HIV disease facilitated the rapid development of antiretroviral drugs that have dramatically reduced HIV-related suffering and death wherever they have been used. I believe the most important medical advance in the next 25 years will be the DEVELOPMENT OF AN HIV VACCINE that can protect people from HIV infection or slow the course of the disease—and perhaps make them less likely to transmit the virus. Although we face many scientific, operational, and social obstacles, I am cautiously optimistic that we will succeed.

THE SEQUENCING OF THE HUMAN GENOME is the greatest advancement in medical knowledge of the past 25 years, although I’m not sure when it will lead to practical breakthroughs in our ability to prevent and treat disease. On that level, I think effective treatments for hypertension and heart attacks are the most important developments. As for the future, I look forward to significant changes in the medical paradigm, forced by relentless consumer demand for alternative therapies and the impending total collapse of the health-care system. I hope to see the rise of complexity theory in medicine, so we can understand the effects of herbal remedies and other natural products, and a backing away from materialism, so we can acknowledge mind/body interactions and the whole emerging field of energy medicine.

HUMAN BRAIN Well, most people in the biomedical sciences would say the most important advance in the last 25 years is the mapping of the human genome, but I would argue that mapping the human brain is more important. The link between genes and the behaviors that humans exhibit is often tenuous and complex. The link from the brain to these same behaviors is far more direct. As we begin to understand how our brains work, the possibility of using that knowledge to diagnose diseases, assess cognitive and emotional states, use surgery or pharmacology to repair damaged brains, implant preventive and therapeutic devices into the brain, and most controversially, enhance and improve our brains, will become a reality. We can already see the beginnings of the application of such knowledge in using scanning technologies to diagnose schizophrenia and to detect subtle racist or sexist thought patterns as well as in implant surgery to treat parkinsonism and in the emergence of drugs such as Ritalin and Ambien. Much more is yet to come. In the next 25 years medicine will discover more associations between specific gene patterns and specific risk factors for disease. It will also find other genes that are predictive of key human attributes such as sociability, aggressiveness, empathy, fear, mathematical ability, musical ability, and language aptitude. This information will burst into the field of reproductive technology. Today those who use in vitro fertilization and preimplantation diagnosis do so because they are infertile. In 25 years Americans, Europeans, and others in the economically privileged world will be faced with the question of whether they want to use genetic knowledge to design their offspring. I think the debate about whether we should design our children will replace the debate over abortion in the United States and become the object of discussion worldwide.

director, Center for Bioethics at the University of Pennsylvania in Philadelphia

I believe the culture of embryonic stem cells represents the single most important contribution to biology over the last 25 years. The development of automated DNA sequencing technology that facilitated the genome project is a close second. Mouse embryonic stem cells, reported in 1981 by Martin Evans, Matthew Kaufman, and Gail Martin, have allowed scientists to generate genetically customized strains of mice that have revolutionized studies of organismic development and immunity and have provided countless models of human disease. The isolation of human embryonic stem cells by James Thomson and his colleagues in 1998 now offers the prospect of similar advances for human systems and the promise of a new modality of medicine—cell replacement therapy. But for cell replacement therapy to realize its potential, I anticipate that scientists must solve the developmental code, the set of rules that govern the formation of tissues, organs, and beings from the original single cell—the zygote. These insights would be the ultimate translation of the genetic code revealed by the Human Genome Project, and they are the major challenge for the next 25 years.

The most important advancement in medicine in the last 25 years was the development of genetic modeling in animals, enabling us to figure out how fundamental mechanisms of physiology and disease work, such as in bone loss. That, in turn, allows us to develop novel drugs.

Twenty-five years from now, our kids will only know some diseases, such as osteoporosis, from old books, and by then we will probably know how to repair tissues with stem cells. However, I am not very hopeful about our struggle against cancer. The big worry is a disease that might spread over the world rapidly. SARS was a good example of how a little virus can change how people behave, how economies and travel are affected, and how our public-health system is inadequate to cope with it. And SARS was a relatively harmless virus.

I believe some clever people will get a handle on the genetics of our innate behaviors: What controls the behaviors of reproduction and love? I also think that the next revolution in science might be new imaging techniques to observe our cells and molecules in real time within the entire body during infections or cancer or even while we watch our favorite movie star on video in our doctor’s office. Then we might be able to understand ourselves in molecular terms; at the moment we are mostly guessing.

Endoscopic surgery has matured over the last 25 years to become the dominant tool used by surgeons for joint and abdominal procedures, and its use is catching up in the area of the chest. Traditional open procedures increase pain and recovery times and the trauma induces immune suppression. Endoscopic approaches have broadened the population of patients who can undergo these procedures. The cause of knee pain is rapidly diagnosed and treated as an outpatient procedure with immediate recovery of mobility. Gallbladder surgery no longer requires a week of hospitalization and weeks of recovery. Robotic heart surgery enables us to close intracardiac holes, repair valves, and anastomose arteries for bypass surgery. Besides therapy, diagnostic techniques allow thorough evaluations of our insides, ranging from the vocal cords to the rectum. Artificial body parts will evolve over the next 25 years. Joints are already being replaced with success. Mechanical hearts will mature and become suitable for widespread permanent replacement of failing human hearts. Devices that replace kidney and liver functions will follow. We will also see devices to provide lung function, artificial vision, and perhaps nerve function.

If there is a single characteristic that distinguishes scientific medicine from all other forms of healing, it must surely be our emphasis on seeing—or at least being able to demonstrate in graphic form—the structure and actuality of the objects, substances, and interactions that form the basis of our art and science. The great 17th-century English polymath and physicist Robert Hooke went so far as to predict that the peak of medical accomplishment would be reached when a machine had been invented to allow doctors to see through the body with such clarity that everything occurring within it would be made easily visible. Anyone who has spent more than a few minutes as a bedside clinician would agree that it is hard to quarrel with that. I feel strongly that despite other magnificences—the most obvious ones being related to the consequences of unraveling the mysteries of the human genome—accomplished in the past two and a half decades and likely to appear in the next, the greatest practical advancements in medicine are those in the field of imaging, as it proceeds to expand in the realms of anatomy, physiology, and even the biochemistry of the body.