The Y chromosome shall not die 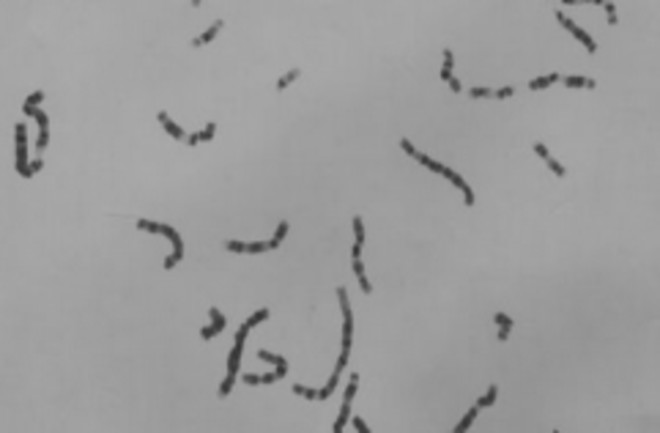 Credit: Dan Reeves The Y chromosome is strange. It's gene poor and loaded with repeats. That's one reason mtDNA phylogenetic and phylogeographic analysis preceded the Y chromosome by about 10-15 years (the other major reason in the pre-PCR age is that mtDNA is very copious). While the hypervariable region of mtDNA is an excellent molecular clock because of its high mutation rate (though at a deep enough time depth this causes problems, as bases start to turnover), in the pre-next generation sequencing era hunting around the Y chromosomes for SNPs was tedious (a significant portion of Spencer Wells' Journey of Man focused on the nitty gritty of extraction and preparation). Despite all this one of the weirder stories over the past decade in relation to the Y chromosome is the peculiar theory promoted by Oxford geneticist Bryan Sykes, and outlined in his book Adam's Curse: A Future without Men. As I observed above the Y chromosome has a tendency to be filled up with genetic garbage (since it does not recombine deleterious mutations tend to accumulate). There are a few important functional regions (e.g., SRY), but there's also a reason that sex-linked diseases occur: in most cases males have to rely on the X chromosome to pick up the slack for the Y. Extrapolating this genetic decay Sykes posited that human males would disappear within ~10 million years due to this process working its inevitable logic. Needless to say most scientists were skeptical. Extrapolating without seeing if the projections pass the sniff test is a fool's errand. And in any case there's no Law of Nature that sex determination has to be via the Y chromosome. Birds and reptiles have males despite a somewhat different sex determination system. Rather than pass judgment on the Y it is more appropriately a proper area of investigation. Because of its copious enrichment with repeats (hard to sequence) and paucity of interesting genes (so why bother) to some extent it has received short shrift outside of its role as a molecular marker via microsatellites (exceptions for those interested in specific genes such as SRY and ZFY)). A new paper in Genome Research attempts to catalog and survey the evolutionary history of Y chromosomes in a select number of mammalian taxa. Comparative analysis of mammalian Y chromosomes illuminates ancestral structure and lineage-specific evolution:

Although more than thirty mammalian genomes have been sequenced to draft quality, very few of these include the Y chromosome. This has limited our understanding of the evolutionary dynamics of gene persistence and loss, our ability to identify conserved regulatory elements, as well our knowledge of the extent to which different types of selection act to maintain genes within this unique genomic environment. Here we present the first MSY (male-specific region of the Y chromosome) sequences from two carnivores, the domestic dog and cat. By combining these with other available MSY data, our multi-ordinal comparison allows for the first accounting of levels of selection constraining the evolution of eutherian Y chromosomes. Despite gene gain and loss across the phylogeny, we show the eutherian ancestor retained a core set of 15 MSY genes, most being constrained by negative selection for nearly 100 million years (My). The X-degenerate and ampliconic gene classes are partitioned into distinct chromosomal domains in most mammals, but were radically restructured on the human lineage. We identified multiple conserved non-coding elements that potentially regulate eutherian MSY genes. The acquisition of novel ampliconic gene families was accompanied by signatures of positive selection, and has differentially impacted the degeneration and expansion of MSY gene repertoires in different species.

It is not surprising that genes related to functions in the testes seem to be constrained or under selection in these organisms. The raison d'être of the Y chromosome in some ways is the testes. Rather what's not so surprising, but striking, are the radical divergences in the genomic architecture of the Y chromosome across these mammalian lineages. Figure illustrates this well:

Click to enlarge Looking at these results, rough as they are (I have to wonder if the greater structural complexity upon first blush for the human Y chromosome has to do with the greater resources allocated toward sequencing it in comparison to other organisms), it seems clear that the reason Sykes was wrong is that evolutionary process does not proceed in a linear fashion on the Y chromosome. There have been very different trajectories across these lineages. Some of this may be due to lineage specific selective pressures (e.g., r vs. K selected species and their relation to sperm competition). Others may simply be stochastic. The Y chromosome is subject to greater drift (smaller effective population size) than the broader genome. Whatever the details, there's a broader story to tell.