The strange monster known only by fossils from northeastern Illinois. 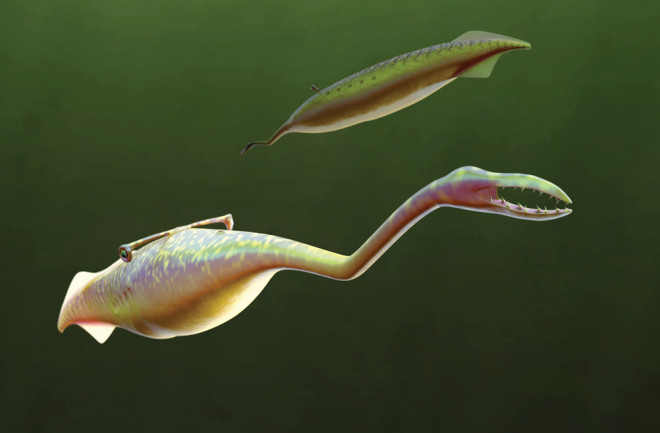 The strange, 300 million-year-old Tully monster, with its jointed proboscis and dorsal eye bar, is known from fossils found only in northeastern Illinois. (Credit: Sean McMahon/Yale University)

Francis Tully found his fossilized monster in discarded rocks at an Illinois coal pit in 1958. And it’s puzzled scientists ever since. Work at Chicago’s Field Museum eventually revealed the creature, known as the Tully Monster, was a bizarre 300 million-year-old animal that fed through a toothy proboscis. But was it a swimming snail? An arthropod?

Scientists finally moved past “problematica” — creatures defying boundaries — in March. Yale graduate student Victoria McCoy and her team cataloged the monster’s features and compared them with modern and ancient animals, finding Tully was a vertebrate and likely lamprey relative. Understanding the relationship between the animals shows the jawless lamprey are themselves “just remnants of a very diverse, ancient clade,” McCoy says.