The Tropics Were Hot, Dry and Dinosaur-Free

Why larger dinos stayed out of the tropics for 30 million years. 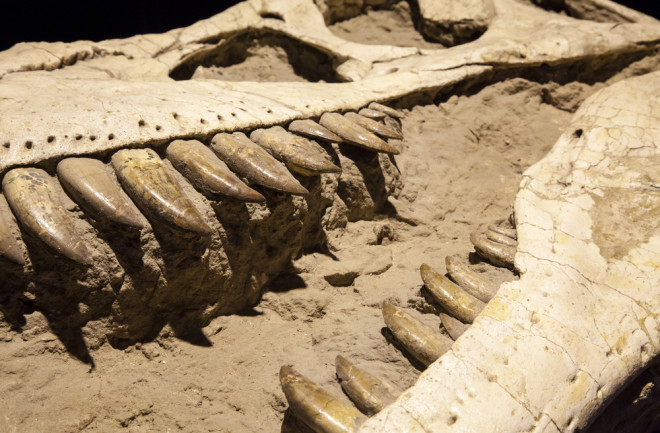 Did the age of dinosaurs begin with a roar or a whimper? Some scientists suspect the latter. The first dinosaurs appeared around 230 million years ago, but for the next 30 million years, all but the very smallest were restricted to the world’s high latitudes, far from the equator — even though the continents were connected, with no barriers to prevent large dinosaurs from moving around.

Discover featured this mystery recently (“Sands of Time,” May 2015), as well as a theory that might explain it. Some researchers believe that big dinosaurs were held back by the unstable tropical climate of a “hothouse” world, when carbon dioxide levels skyrocketed to six times their present value.

A new study provides compelling evidence that this is true. Researchers analyzed fossilized pollen and carbon isotopes in New Mexico rock layers to reconstruct the equatorial climate between 205 million and 215 million years ago. They found that it swung wildly between wet and dry spells.

“It comes down to resource requirements,” says Randall Irmis, a paleontologist with the Natural History Museum of Utah in Salt Lake City, who was part of the team. Large, fast-growing dinosaurs “could not contend with this really changing environment that made resources scarce and unpredictable.”

[This article originally appeared in print as "Hot, Dry and Dinosaur-Free."]