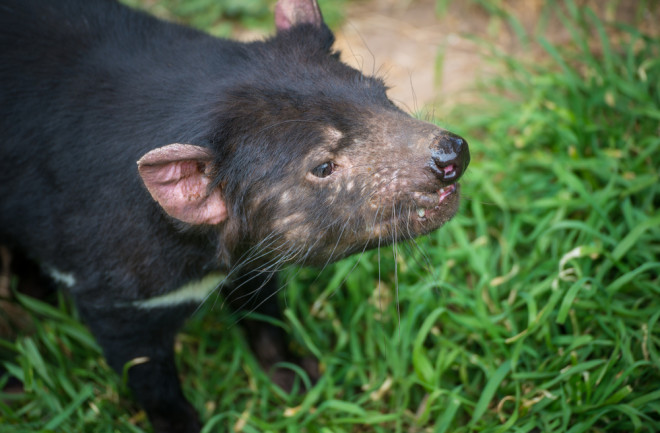 A contagious cancer called devil facial tumor disease (DFTD) has been decimating the Tasmanian devil population for the past 15 years — except for one group of devils in northwestern Tasmania that seemed to be resistant to the disease. In Julie Rehmeyer’s May 2014 feature, Discover explored how scientists hoped to find some clue in these devils’ genes to help develop a vaccine or even guide natural selection in a way that favors cancer-resistant animals.

But, according to a recent Proceedings of the Royal Society B paper, it wasn’t the devils’ distinct genes keeping the cancer at bay — this group of devils just happened to have a less-deadly variation of the disease. Researcher Rodrigo Hamede Ross found that these devils had a DFTD strain with four chromosome copies (tetraploid) instead of the usual two (diploid).

Unfortunately, Ross’ analysis shows that the more-common diploid version took hold in the seemingly safe devil population in 2012 and 2013, about five years after the initial outbreak. The prevalence of the disease soared from less than 25 percent to 80 percent, and the previously stable population significantly declined after 2013.

It’s not all bad news. Given that five-year delay, this is the first indication DFTD could evolve into something that doesn’t kill its host so quickly, Ross says. But there’s one more wrinkle to the story: Another recent study identified a second type of contagious cancer in a southern population of devils. That two genetically distinct, contagious cancers could arise in one species is unexpected. While it gives scientists studying these animals a rare opportunity, it’s also another hurdle in the race to save the devils from a constantly shifting foe.

[This article originally appeared in print as "The Devil's Daunting Future."]