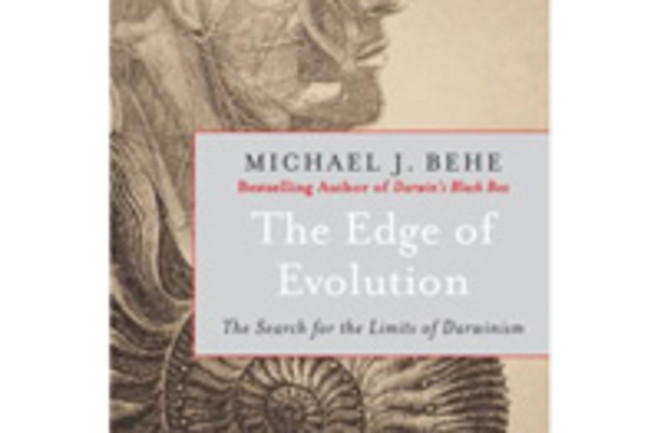 In May, during the first televised debate of the Republican presidential candidates, 3 of the 10 raised their hands to indicate that they did not believe in the theory of evolution. That dovetails with the almost 40 percent of Americans who don’t consider the theory “well supported,” according to a poll by Princeton Survey Research Associates International. In other words, there is a huge audience deeply interested in good reasons not to believe in Darwin’s ideas. Michael Behe’s new book, The Edge of Evolution: The Search for the Limits of Darwinism, purports to deliver such reasons. His press release claims the book is nothing less than intelligent design’s “masterwork”—its own On the Origin of Species. But do Behe’s arguments really stand up under close scrutiny?

The Edge of Evolution builds on ideas Behe first presented 11 years ago in Darwin’s Black Box: The Biochemical Challenge to Evolution. In that book he advances the idea that certain biochemical systems are “irreducibly complex,” meaning that if one component is removed, the whole thing fails. Such a system, Behe argues, could not have evolved step by step, so it must be the result of intentional design (presumably, but not explicitly, by a divine creator). Behe is no hard Creationist. Previously he separated himself from Biblical literalists by accepting the antiquity of life and the Darwinian principles of common descent, and here he points out that certain shared features in the DNA sequences of chimps and humans show beyond any doubt that we and chimps share a common ancestor.

Behe’s beef with mainstream evolutionary biology (and his appeal to Darwin’s doubters) comes when he tries to define flaws in Darwinian theory and to advance his own alternative. He asserts that random mutations can’t do the job of building new biochemical systems, so “most mutations that built the great structures of life must have been nonrandom.” That means they must have been designed and put in place by an intelligent agent.

To reach this conclusion, Behe makes a number of invalid assumptions about how molecules evolve and interact. He alleges that, because many functional adaptations require multiple changes in proteins, two or more mutations must occur together at the same time in the same gene and only rarely can several mutations “sequentially add to each other to improve an organism’s chances of survival.” But in fact natural selection does work on transitional forms, as molecules and traits evolve stepwise. Stepwise evolution has been well documented; one good instance of this is the emergence of color vision. Mutations add up little by little, leading to major changes to proteins over time.

Behe makes another big, related error in the way he interprets how proteins work together. He contends that for even three proteins to evolve in a cooperative association is wildly improbable, “beyond the edge of evolution.” Within a protein, five or six amino acids (components of proteins) need to change simultaneously for it to bond with another protein, according to Behe. From this he concludes that it is impossible for proteins’ interaction to evolve, again requiring life to have been programmed for success from the start. Plenty of evidence contradicts this assertion, however. Many proteins within cells interact with other proteins in ways in which only two or three amino acids are critical for binding. Such simple binding sites can arise frequently in proteins. And such interactions form the networks that regulate all sorts of physiological processes in cells and organisms. Cell biologists and biochemists are increasingly finding that, in truth, protein interactions and networks are easy to evolve. Behe should know this—but he has a long history of alleging evolutionary impossibilities and ignoring the scientific literature.

As unpersuasive as Behe’s ideas are scientifically, they are even less convincing philosophically. Behe professes agnosticism on whether the designer was a dope, a demon, or a deity, although he seems peculiarly inclined toward the second possibility. His is a strangely impoverished worldview, one that leaves little space for awe, much less for future scientific advance; he never even raises the obvious question of who the designer is and how it works. Contrast this with Darwin’s starry-eyed summation in Origin of Species: “There is grandeur in this view of life . . . from so simple a beginning endless forms most beautiful and most wonderful have been, and are being, evolved.”