The Rich, Frightening Diversity of the Bat "Virome" 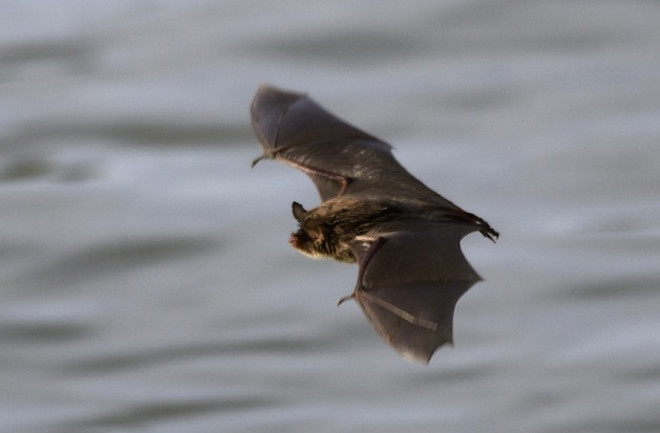 Viral pandemics are one of the most fundamental, frightening threats to human health: They can emerge seemingly from nowhere, and spread like wildfire through the hyperconnected conduits of our globalized society.

And while near-annual crises prompt reconsideration of local, regional, and global responses, preventing viral induction and spread in the first place represents another important area of focus. Hence the pervasive suspicion of bats — the most notorious of viral transmission agents.

They’re a quadruple threat, able to transmit infection by air, droplet, oral-fecal indirect contact or immediate physical association. Several zoonoses (diseases that jump from animals to humans), such as Marburg, Ebola and SARS, have been blamed on bats. These are well known examples — infamous largely in retrospect — but just how common are bat-hosted viruses? Have we experienced most of the main threats over the years, or are there more potential pandemics lurking within these fuzzy winged mammals?

To explore the full range of viruses that could be transmitted from bats to humans, a team of scientists led by Zhiqiang Wu at Chinese Academy of Medical Sciences studied the full complement of viral diversity — the “virome” —within 4,440 bats across 29 Chinese provinces. (Oddly, samples from a given bat species at a particular site were pooled, a procedural step that reduced the sequencing burden but obscured individual-level variation.) Over two billion DNA fragments, each a mere 81 base pairs in length, were sequenced, resulting in 79 families of viruses that can target a wide range of organisms, including fungi, insects, plants and mammals.

Perhaps unsurprisingly, bat diets played a critical role: Insect-eaters possessed a far richer virome than fruit-eaters. And while insect viruses were most prevalent, the researchers zoomed in on the mammalian viruses, hoping to evaluate the size and nature of the potential threat. The researchers found 19 families of mammalian viruses within bats living throughout China. Strikingly, they note that “all bats collected in this study were considered to be apparently healthy and showed no overt signs of disease, further confirming that bats can tolerate diverse viruses through their unique metabolic and immune systems.”

This finding is both logical and concerning: We probably wouldn’t see many individuals afflicted by fatal disease, as they would be removed from the population pool. But each of these viruses could be much more virulent in humans — it’s difficult to predict such things — and the bat virome is in many ways a ticking time bomb.

It also seems pretty clear that the 79 virus families Wu and his colleagues found are just the tip of the iceberg. Within the coronaviruses alone — a category of single-stranded RNA viruses with relatively large genomes — 30 were seen for the first time. Some of the new clades seen within Circovirus and Cyclovirus genera are so different from known relatives that they could be entirely new genera themselves.

The public health implications of Wu et al.’s study aren’t clear. Any hope of a narrow mammalian virus window within bats, whereby it might be reasonable to eliminate one particularly threatening species, is now just wishful thinking. Rather, the pervasiveness of potentially dangerous viruses throughout the natural world argues for a more pro-active stance on broad, customizable vaccines or mitigation efforts. Eliminating all viral threats within bats (not to mention those hosted by other animals) is a near impossibility — we can only hope to contain the repercussions.