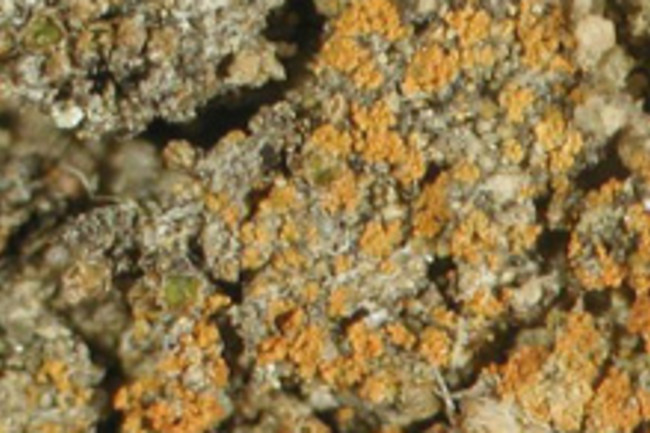 Scientists may have been celebrating the new administration since before Obama entered the Oval Office, but he is now an official recipient of one of the greatest honors in science: A species has been named after him. Caloplaca obamae, a newly-discovered lichen species, was found on California's Santa Rosa Island during a 2007 survey of lichen diversity. Kerry Knudsen, lichen curator at the University of California, found and collected samples of the species during the final weeks of Obama's campaign, so the lichen expert named the plant "to show my appreciation for the president's support of science and science education." Like other lichen species, which are plant-like growths that result from fungi and algae living together and resemble moss or dry leaves, C. obamae grows slowly and on soil. It neared extinction during a phase of intensive cattle ranching on Santa Rosa Island that ended in the 1980s, but has since begun to make a healthy recovery. Here's hoping its namesake can do the same for the economy.