The Nose Knows: Telling Age Based On Scent 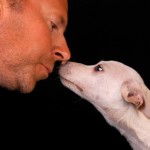 Our sense of smell is often overlooked. After all, our 20 million smell receptors pale in comparison to the 220 million found in the noses of man's best friends. We don't take credit for our ability to distinguish thousands of different smells, even in minute quantities, or how our brains can form strong and lasting memories of scents from a very young age. Yet of all our senses, smell is the first to develop, and before we can feel or see, our noses are hardwired into our brain’s limbic system and amygdala, the parts of the brain where emotions are generated and emotional memories are stored. Since smell detects chemicals in the air, it can warn us of dangers at a distance, even when our eyes and ears are unable to detect them. But more importantly, because it relies on chemicals, smell is one of the most honest ways animals communicate. Human odors, from the smell of tears to underams, have been shown to affect how we think, feel and act, and although we don't often realize it, our noses play a key role in how we recognize and communicate with one another. So perhaps it shouldn't be surprising that scientists have discovered we can distinguish a person's age by scent alone. In a study published today in PLoS ONE, scientists document how our noses are able to distinguish older people from middle-aged and younger ones not based on the scent mothballs or denture cream, but based on the smell of their body odor. While we tend to think of B.O. as a reason to wear deodorant, the chemical complexity of Eau de Self is remarkable. Our personal scents can convey a biological and social information, and are thought to play a role in who we like, how we recognize others, and even how we tell men from women. Babies know their mother's smell shortly after birth, and at a young age we can distinguish between family members and non-family based on their scent. Research has even suggested that we really do have 'chemistry' with the people we like, as we can smell immune system differences that might factor into attractiveness, and that we might even be able to smell differences in personalities. Yet there is a lot we don't understand about how our olfactory system works and exactly what information we obtain through our sense of smell. Given that other animals have been shown to distinguish older animals based on smell, Susanna Mitro and her colleagues from Swarthmore College and the Karolinska Institute in Sweden wondered if smells help us distinguish a person's age. To find out, the research team placed pads under the armpits of people in three age groups: young (20–30 years old); middle-age (45–55 years old); and old-age (75–95 years old). Young research participants were then told to discriminate between age categories in side-by-side comparisons and to group the smells according to age as well as rate their perceptual properties like how pleasant or strong the smell. The researchers were startled to find that the participants rated the older aged group's smell as the most pleasant and least intense. "This was surprising given the popular conception of old age odor as disagreeable," said co-author Johan Lundström. "However, it is possible that other sources of body odors, such as skin or breath, may have different qualities." Participants also rated the smell of women to be far more pleasant than the smell of men. But what the researcher's really wanted to know was whether they could tell the difference between age groups in head-to-head comparisons - and they could. While the participants were unable to distinguish between young and middle-aged scents, the smell of old age was distinctive. "These data suggest that, akin to other animals, humans are able to discriminate old individuals from younger individuals based on body odor," write the authors in their conclusion. "The modest effects suggest a limited impact on our everyday interactions but does support previous reports of a unique ‘old person odor'." Scientists aren't entirely sure what makes the smell of older adults different from that of younger people. Studies have found that certain chemicals are present in different levels in older body odor, suggesting that these compounds may serve as biomarkers for old age, but the relevance of these chemicals to age determination has yet to be tested explicitly, and it is unknown whether these chemicals can be detected well by our noses. It's also unclear whether the ability to distinguish age changes over time. This study focused on young participants as the odor-sniffers, yet it's possible that the ability to tell age is age-dependent. Older people may lose this ability, or people may be more able to tell ages that are strikingly different from their own. It's also unclear if the ability to distinguish age has any evolutionary relevance, or if it is simply a byproduct of our more-acute-than-we-think sense of smell. The researchers also expressed that their study was careful to keep the body odors pure, and thus it is unclear how the scents of hygiene products might affect their results. Does wearing Old Spice actually make a guy appear older, for example? Or does a flowery perfume enhance the youthfulness of a woman? While this study did not explore these questions directly, it has created a foundation for future studies, which may lead to a better understanding not only of our innate ability to determine age by smell but also how our hygiene routines and how product choices affect how we are perceived by others. I can't wait to see scientists build off these results!

Photo of Nose to Nose by XtremeCamera user Lover1969