The Flashier the Tit, the Stronger the Sperm (No, Really) 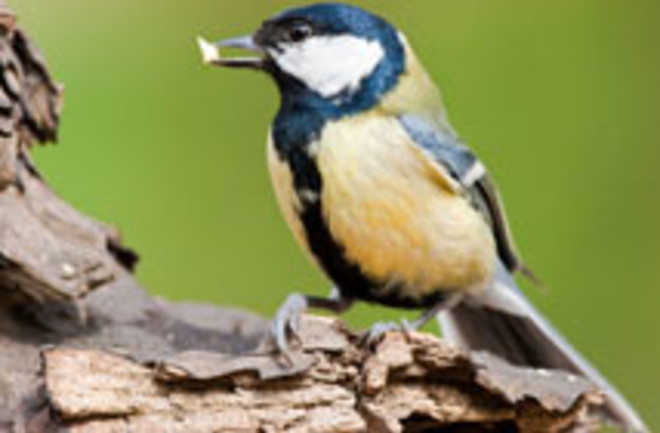 Flashy tits equals stronger sperm--at least in the bird world. A recent study of the birds known as great tits, by evolutionary ecologist Fabrice Helfenstein at the University of Bern, Switzerland, found that the more colorful and bright a male tit's plumage, the stronger the bird's sperm is. The study, published in Ecology Letters, explains that the plumage of some birds contains carotenoids--important antioxidants that can help the bird combat cellular damage caused by stress from predators or feeding babies. A higher amount of carotenoids also results in intensely colored plumage in males, signaling the bird's increased capacity to ward off stress and preserve its sperm from damage. New Scientist reports: [Fabrice Helfenstein] tested this by upping the parental workload of wild male great tits, Parus major - which have yellow breast plumage - by adding two extra chicks to their nests. After five days of looking after their big brood, males with paler plumage suffered a greater reduction in sperm motility than more colorful males. Supplementing the birds' diet with carotenoids markedly improved the sperm quality of the paler males. Related Content: 80beats: Male Cleaner Fish Punish Females Who Piss Off The Boss Fish 80beats: In Galpagos Finches, Biologists Catch Evolution in the Act 80beats: Rumors of Y Death Are Greatly Exaggerated; Male Chromosome Evolving Like Crazy 80beats: Study: The Chemical BPA, in High Doses, Causes ImpotenceImage: iStockphoto