The First of Our Kind

A 2.8-million-year-old jaw is the oldest fossil from our genus. 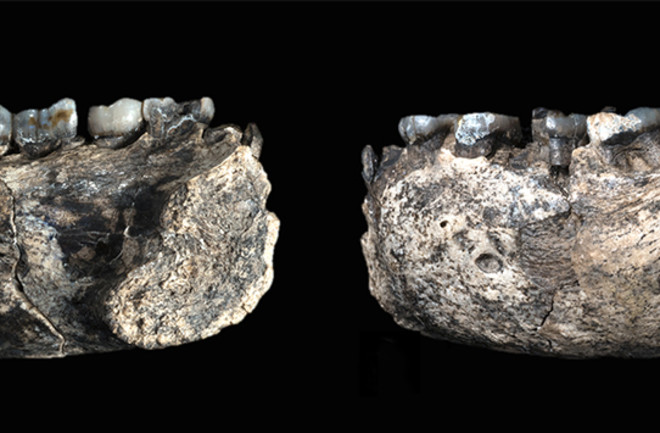 A piece of fossilized jaw discovered at Ledi-Geraru, Ethiopia, pushes back the date when the first members of the human genus evolved by 400,000 years. The research, published in March in Science, shows that the jaw is about 2.8 million years old. It’s one of the few hominin fossils that date to between 2.5 million and 3 million years ago, when a small-brained australopith was evolving into the larger-brained Homo genus.

During this period, a changing climate forced our ancestors to move out of the forests and into more open territory. They had to adapt to new foods and new predators, which may have spurred the development of our distinctly larger brains. Animal fossils found near the jaw fragment suggest the individual lived in a savannah environment.

“It confirms this idea that our lineage, Homo, is a response to climate change,” says Brian Villmoare, a paleoanthropologist at the University of Nevada, Las Vegas. “If the climate had not changed at 3 million years ago, Australopithecus could very contentedly still be existing.”