Sex, death, deception—it's all part of the dances between species. 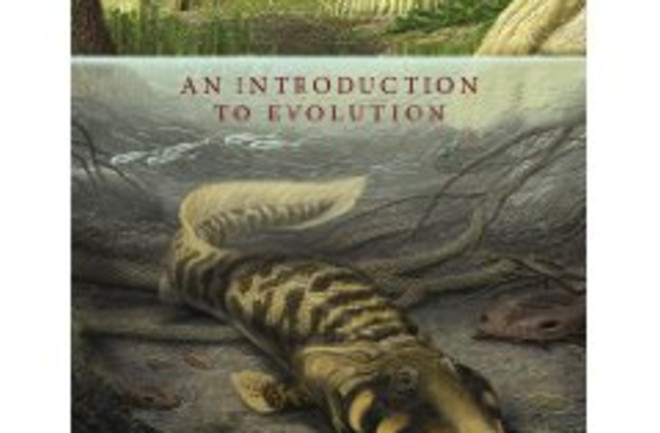 Anne Gaskett, a Cornell University biol­ogist, spends her days crouching quietly next to orchids in Australia. It may seem like an uneventful way to pass the time, but she is actually observing a marvelous act of sexual deception. The flowers are fooling wasps into making love to them.

Male wasps normally seek out females by sniffing for their pheromones, signaling chemicals that they produce. Each species makes a unique pheromone, which means that male wasps rarely end up with the wrong females. But the flowers that Gaskett studies, called tongue orchids, can produce a molecule that precisely mimics the pheromone made by the females of the species Lissopimpla excelsa, commonly known as dupe wasps. Male L. excelsa wasps pick up the scent of the orchids and race to the flowers, expecting to find a mate.

The deception only deepens when the wasp approaches the flower. The pheromone-like compounds are released from a part of the flower that has the coloring of a female dupe wasp. When a male wasp lands on the tongue orchid to investigate, he finds that his body fits snugly against it, just as it would against a female wasp. The dupe wasp is so profoundly fooled that he even extends sexual pincers, called genital claspers, into the flower.

One day Gaskett was watching a wasp em­bracing an orchid. When the wasp finally flew away, she noticed a tiny drop of fluid on the flower. She began to notice the drops on other flowers too. She brought some of the liquid to her laboratory and discovered that it contained proteins found only in the wasp’s sperm cells. Evidently, the orchids had caused the wasps to ejaculate. The dupe wasps had truly been duped.

What seems to us like a practical joke is life and death to the tongue orchid. If it could not fool the wasps, the plant would become extinct. Tongue orchids can reproduce only when the pollen from one plant fertilizes the eggs of another. When a wasp tries to mate with a flower, it brushes against a packet of pollen. The pollen rubs off on the wasp, and the wasp deposits the grains on the next flower it engages.

The tongue orchid’s extreme style of deception is new to science, but it is just the latest twist in an evolutionary process Charles Darwin described 150 years ago. Natural selection, he realized, allows species to adapt to their environment. But environment is more than just physical conditions; a species also adapts to its bio­logical environment. It may eat other species and be eaten in turn. It may cooperate with some species and be infected by others. In On the Origin of Species, Darwin used the metaphor of the “tangled bank” to illustrate the ways in which organ­isms depend on each other. It turns out that some species are even more entangled than he realized, so mutually dependent that they drive each other’s evolution. Biol­ogists call this reciprocal change “co­evolution.” It is now clear that coevolution has produced some of nature’s most extreme adaptations—and that it is also vital to the rise of the diversity of life.

One of the most intimate so-called mutualisms can be found inside a notorious enemy of the American farmer, an insect called the glassy-winged sharpshooter. The sharpshooter uses a needlelike mouthpart to suck fluids from trees and plants. As it goes from one to the next, it spreads diseases that can wipe out orange groves and other crops. But the sharpshooter itself cannot get any nutrients from the fluids it drinks. Instead, it must feed the fluid first to at least two species of bacteria that live inside it. The bacteria then produce the nutrients the sharpshooter needs.

These microbes can live only inside the insects; in fact, the sharpshooters grow bright orange sacs that serve specifically as shelters for them. By comparing the bacteria with their closest living relatives, scientists have discovered that they have lost many of their ancestral genes. In the comfortable confines of their host, the bacteria simply do not need to make as many proteins as their free-living ancestors did. And as these species’ genomes have shrunk, evolution has divvied up between them the tasks of supporting the sharpshooter. One of the bacteria, called Sulcia, provides its insect host with most of its amino acids. The other, known as Baumannia, takes care of vitamins and other nutrients.

While coevolution can produce mutualisms like these, it can also drive species into endless battles with their opponents. Many viruses make us sick, for example, as they use our bodies as incubators. We fight back with a sophisticated immune system. The evolution of these hostile relationships can escalate into a natural arms race. One coevolutionary partner—a prey species, for instance—evolves a new defense. Now natural selection favors variations in the predator that allow it to overcome that defense. Any prey that can boost its defenses further will, in turn, be favored by natural selection.

A coevolutionary arms race was the solution to a mystery that emerged in the 1950s when three hunters were found dead at their campsite in the Oregon countryside. The only peculiar thing about the campsite was a rough-skinned newt that had crawled into the coffee pot.

A biologist named Edmund Brodie Jr. decided to investigate and found that the newt produced a powerful toxin in its skin. The compound could slip through channels on the surface of neurons and cause paralysis. Brodie and his colleagues calculated that a single newt could make enough toxin to kill 100 people. The Ore­gon hunters had probably died after drinking poisoned coffee.

This toxin is obviously a powerful deterrent to predators, and yet rough-skinned newts still face a dangerous enemy. Garter snakes can eat them without dying. Brodie determined that the snakes have evolved neuron channels with a distinctive shape that makes it more difficult for the toxin to enter. The evolution of defenses like this one explains why the newts can be so deadly. While their toxin may be overkill for vulnerable animals like humans, it helps the newts withstand their natural enemy.

Brodie and his colleagues expanded their research up and down the Pacific Coast in order to track this coevolutionary arms race. The geographical patterns they mapped turn out to be remarkably complex. In some places the newts produce very deadly amounts of toxin and the snakes are highly resistant. In other places the snakes have very low resistance and the newts produce only a barely detectable level of toxin. The newts and snakes are also mismatched in about half of their territory: At these sites the snakes are highly resis­tant relative to the levels of toxin produced by the newts.