The Evolution of the Face: A Letter to Some Readers in Tennessee 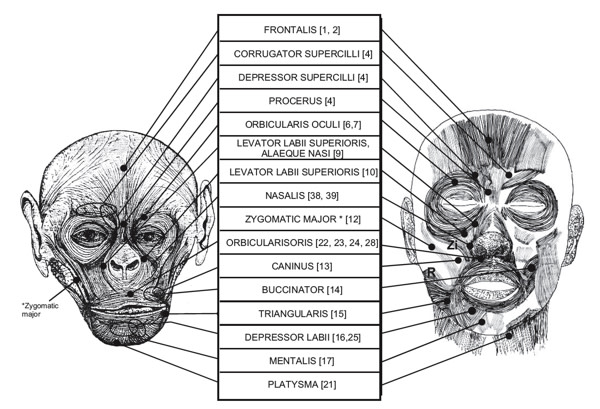 Something strange recently happened to me in Tennessee. I wasn't actually in Tennessee when it happened. The strangeness emanated from there--actually, from one spot in Tennessee--and eventually reached me here up in New England. It started with a column I wrote in the October issue of Discover, about the evolution of the human face. Sometimes people write letters to the magazine about my pieces. My editors dropped a note to let me know that all at once they got [strike]40[/strike] 60 letters about my column. All from the outskirts of Memphis. All pretty much identical in style and substance. Some had been written on a computer, but some were written by hand--young hands, judging from their appearance. Here's a sample...

"I enjoyed reading your article and was interested in the research done on how the face and its muscles work to make expressions. I however believe that the brain and facial expressions are not a byproduct of years of evolution but instead a fingerprint of intelligent design. You claim in your article, that the muscles of the face are the result of the transition of life from land to water, but where is the fossil record for the jump? None have been found. There is no proof of the evolution of water to land creatures."

"I would like to show you what I think may have happened. First off, there is the law of entropy. This law states that everything is in a state of going deeper into chaos. The brain could not have formed going from a blob of amino acid to a highly complex organ that is capable of generating the power that is does. That is going into a state of unity and order. According to natural laws, this is impossible. Only a creator is capable of doing this."

"If the face is an irreducibly complex machine, which it is, it cannot evolve because the original face would be missing parts, which would make the whole machine non-fuctioning. This rules out the possibility of evolution in human faces."

I don't know if all these letters came from a single class or club. In any case, the folks at Discover asked me if I'd write something in response. So--to my correspondents from Tennessee: Thank you all for your letters. I appreciate that you took the time to read my article. While I can't write to all [strike]forty[/strike] sixty of you individually, I want to respond to the overall gist of your letters. A number of you stated that there is no evidence that the human face--or even humans, period--evolved. For instance, one writer claimed that there is no fossil record of the transition of life from water to land.

Actually, there is a fossil record, and it's getting more and more detailed every year. The best source of information at the moment is a new review written by three experts on the subject. They explain how paleontologists have found a number of fossils of fish with some--but not all--of the features found in land vertebrates. They've also found a lot of early land vertebrates that still had not yet evolved some of the anatomy found on land vertebrates today. The illustration above, from the review, shows just how many fossils of these early land vertebrates and their relatives have been discovered in rocks between 400 and 300 million years ago. This is what you'd expect if life evolved. When scientists compare the traits on all those species, they can judge which species are most closely related to each other, and use that information to draw an evolutionary tree. The land vertebrates alive today, including mammals, reptiles, and amphibians are represented by the brown and green arrows. The closest living fish relatives, according to this research, are lungfish and coelacanths (Dipnoi and Actinistia on the tree). As the tree shows, there are 19 different lineages paleontologists have discovered the branched off between our common ancestor with lungfish 410 million years ago, and the common ancestor of all land vertebrates alive today, which lived some 350 million years ago. Those extinct lineages mark the evolution, step by step, of our legs, arms, wrists, ankles, fingers, and toes. Do they mark every generation through this transition? Of course not--but no paleontologist would ever dream of finding fossils of every individual that ever lived. Instead, they judge how well each new fossil fits into the overall picture. Scientists can also use other lines of evidence to test their hypothesis for how vertebrates came on land. The tree I've reproduced here makes it clear that our closest living aquatic relatives are lungfish and coelacanths--two very rare lineages that make up a half dozen species or so all told. Recently scientists compared a lot of DNA from from several species of fish--including lungfish--and land vertebrates. They got the same result looking at genes that paleontologists get looking at bones: lungfish are our closest relatives. The support that comes from different studies gives scientists confidence that they can look at fish to track the evolution of our faces. On fossils, they can look at scoops and troughs in bones that mark the places where muscles attached. And they can study muscles in the heads of living fish. A lamprey doesn't have a dimpled smile, let alone a jaw. But it does have some of the same muscles as we have in our faces. These muscles develop from the same place in the heads of lamprey embryo and a human embryo. More closely related animals share more face muscles with us. Our closest relatives, the chimpanzees, have just about every muscle in our own face, and they produce the same expressions when they are stimulated. (See the illustration at the top of the post, from this review of face evolution from fish to humans.) This is, again, the sort of pattern you'd expect from evolution. So there is, in fact, a lot of evidence documenting the evolution of the face from our fish ancestors--and more coming to light each year. But many of you also make a different sort of claim: that evolution could not have possibly produced the face. Let me explain why this is not the case. One person wrote in that the laws of entropy, which drives the universe to chaos. "The brain could not have formed going from a blob of amino acid to a highly complex organ." But think about what happens every time a brain develops from nothing in a human embryo. How can this order emerge, if entropy rules? Because the laws of entropy do not prevent order from arising in a particular place. An embryo takes in energy to form its complex body, and it pumps out heat, increasing the entropy in the environment. Entropy is likewise not a problem for evolution, if there is enough energy to increase local order and a place to push the disorder. And our planet, getting energy from the sun and releasing heat back into space, provides just those conditions. Some of you claimed that the face could not evolve because it is an "irreducibly complex" system. If you take one part away from it, it does not work. But that's not actually the case. Think about it--chimpanzees and other primates have most of the facial muscles that we do--but not all of them. In other words, they are missing some parts of the human face. But their faces are not "non-functioning" as one letter-writer claimed. They make plenty of faces--although they cannot make as many faces as we can. You don't even have to leave our own species to see that our faces are not "irreducibly complex." Many people are lacking one or more muscles in the face, but their faces work normally. Botox paralyzes some muscles in the face--knocking out several parts of this supposedly irreducibly complex face. It may be hard for people with Botox to frown, but they can still smile and produce other facial expressions. That's hardly non-functional. The links in my response take you to several scientific papers. Actually, there are many, many more on the topics I've discussed. I'd encourage you to take the plunge and learn more about the face and its evolution. I'd hope you'd find it as fascinating as I do. 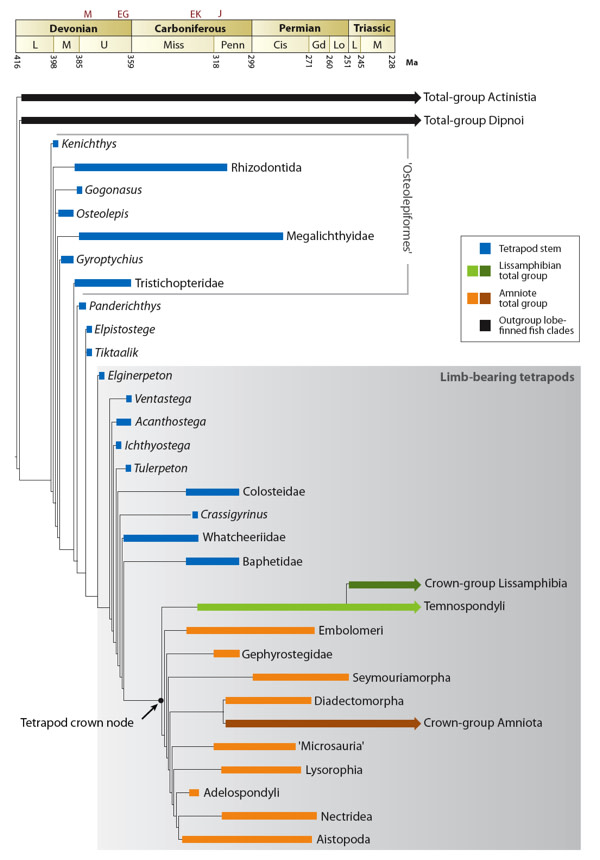