The End of the Periodic Table?

Nuclear chemist Dawn Shaughnessy pushes against the limits of matter. 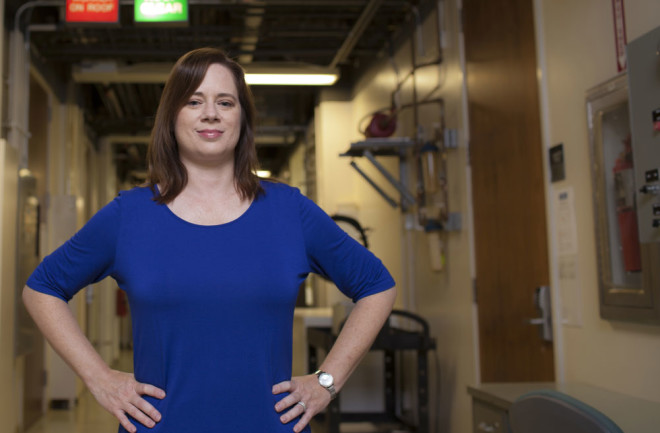 And then there were 118. In January, an international collaboration of scientists added four new elements to the periodic table: nihonium, moscovium, tennessine and oganesson. It took the scientists three months to make each atom using a particle accelerator in Dubna, Russia. For years, they smashed together lighter elements at ever-higher energies, hoping they’d fuse perfectly into one heavy, brand-new element.

But don’t expect to see these new elements put into use anytime soon — some are stable for mere milliseconds before they decay. And this difficulty pushes scientists to wonder: Are there still elements left to discover? We put that question, among others, to nuclear chemist Dawn Shaughnessy of the Lawrence Livermore National Laboratory in California, who was on the team credited with the find.

If these elements survive mere seconds and don’t exist in nature, what’s the point?

We’re getting into fundamental nuclear forces and the properties of the nucleus. Basically, what is the limit of the existence of matter? What element do we get to when it just will not be an element anymore and we can honestly say that we’ve hit the limit? It’s going to be important for refining nuclear models.

What can the new elements teach us about our universe?

After the Big Bang, these elements all existed for a very short period of time. That’s something that we really didn’t have a handle on years ago because people said we would never move past element 100. Now we know there are certain configurations in the nucleus that make it particularly stable at these higher numbers. And we’re getting a handle on what the nucleus really looks like.

Are we close to completing the periodic table?

I think probably at some point there will be [element] 119 and likely [element] 120. It’s just that the half-lives now are getting so short — we’re at milliseconds with 118 — and the production rates of these things are extremely small. We make one atom in a three-month period. Something is going to have to change to push out heavier elements.