The Dangerous Dance of the Jackdaw 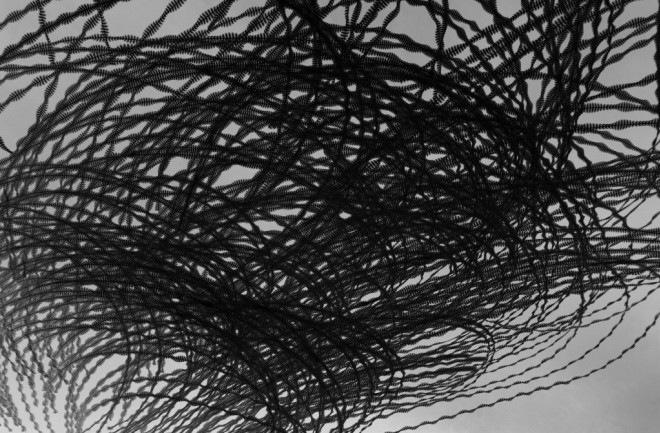 Despite a spirograph-like appearance, these loops and twists actually represent the flight paths and wingbeats of a flock of jackdaws, members of the wily crow family that mate for life. Researchers had thought that each member of a flock flew independently of their mates, allowing them to pay close attention to others and rapidly communicate to evade predators.

But new research in Cornwall, England, found that jackdaws stick with their mates as they fly, a sweet but ultimately dangerous act since it distracts the pair from the rest of the flock’s actions and slows the overall flow of information. This newly discovered behavior could change our understanding of how avian flight patterns evolved.

[This story originally appeared in print as "Birds of a Feather."]