The Complicated World of Ancient Humans

Recent digs show long-distance trade and complex social structures were around for longer than archaeologists thought. 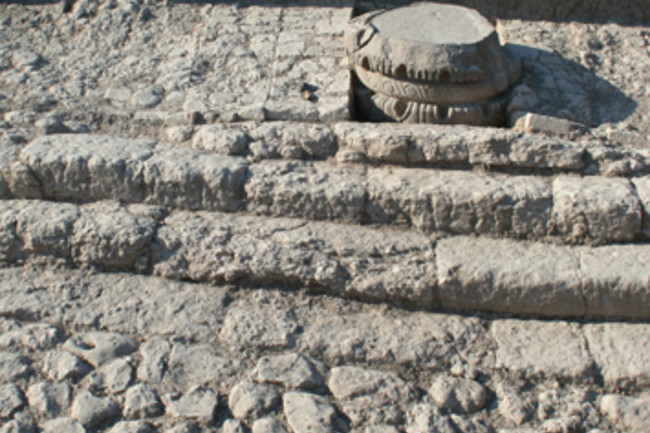 Paved entrance to the Tayinat Temple in Turkey, a hotbed of trade in the Iron Age. | NULL

For civilizations in Europe and the Near East, the Bronze and Iron Ages—when metalworking was first developed—have been viewed as times when simple societies struggled through technological upheaval, famine, and sickness. But new findings are revealing surprising social and cultural complexity.

Around 2000 B.C., as Scandinavia was poised to enter the Bronze Age, settlements were thought to consist of scattered farms, with little cooperation between them. Instead, a study by archaeologist Magnus Artursson of the University of Gothenburg in Sweden suggests that these societies formed hierarchical chiefdoms some 800 years before such social structures were believed to have emerged. Artursson examined graves and found wide variations in wealth; the presence of imported high-status metals indicated contact between distant settlements.

Early Iron Age societies are also turning out to be more advanced than scholars previously realized. University of Toronto archaeologist Timothy Harrison and colleagues are excavating a temple in the Tell Tayinat region of Turkey, built around 800 B.C. Though this time was thought to be a dark age when trade between Greece and the Middle East nearly ground to a halt, Harrison says that his finds—including ivory carvings, precious metal foils, and pottery—are a clear indication of cultural and economic exchange among cultures such as the Hittites, Aegeans, and Semites. Harrison’s team will continue excavating the temple’s inner sanctuary this year.