The bigger your brain, the longer you yawn. 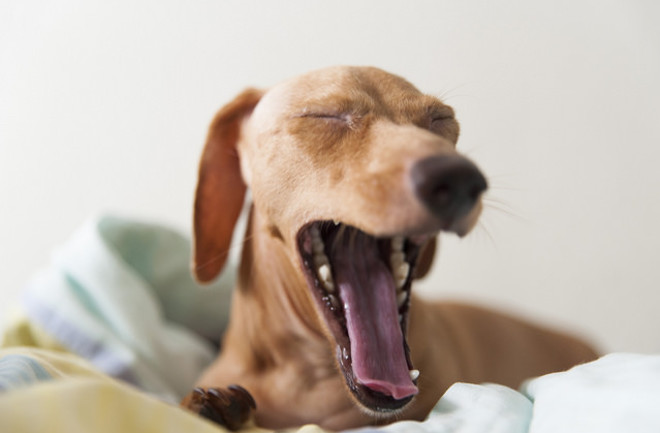 Here's a new result from the field of Chasmology that may or may not make you yawn: according to this study, yawning duration is correlated with brain size in mammals. How did these researchers uncover this correlation? Why, by watching YouTube videos of animals yawning, of course! The authors suggest that animals with bigger or more complex brains require longer yawns to get the full effects of the yawn, which (while still somewhat mysterious) may be related to brain cooling. And if you made it through all this talk of yawning without yawning yourself, then you're definitely stronger than I am!

Yawn duration predicts brain weight and cortical neuron number in mammals "Research indicates that the motor action pattern of yawning functions to promote cortical arousal and state change through enhanced intracranial circulation and brain cooling. Because the magnitude of this response likely corresponds to the degree of neurophysiological change, we hypothesized that interspecies variation in yawn duration would correlate with underlying neurological differences. Using openly accessible data, we show that both the mean and variance in yawn duration are robust predictors of mammalian brain weight and cortical neuron number (ρ-values > 0.9). Consistent with these effects, primates tend to have longer and more variable yawn durations compared with other mammals. Although yawning has long been considered a stereotyped action pattern, these findings reveal substantial variation in this response and highlight the importance of measuring yawn duration in future research." Related content: Study finds that parakeet yawning is contagious. And super cute.The purpose of yawning might be to cool your brain.NCBI ROFL: Dogs catch human yawns.