The Best Science Books to Read For Summer 2019

Gravity's greatest hits and a bee's-eye view are among our top picks for beach season. 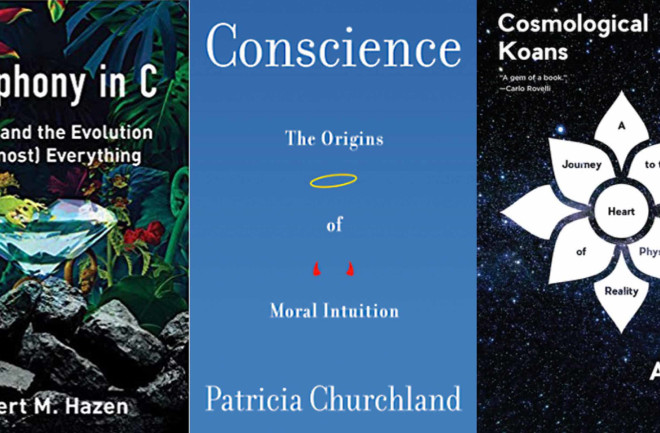 What can birds tell us about our extinct evolutionary cousins? Quite a lot, explains Finlayson, who has long argued for modern humans to give Neanderthals their due. From Gibraltar’s swelter to a frigid Norwegian fjord, the evolutionary biologist takes readers on an adventure in unexpected revelations about this lost lineage of humans.

The Lives of Bees: The Untold Story of the Honey Bee in the Wild By Thomas D. Seeleybr

Cornell University biologist Seeley is one of the most beloved authors in the beekeeping community, and with good reason: His writing elucidates the lives of honeybees with clear science and a sense of joyous discovery. Seeley employs that approach here; even non-keepers will appreciate his bee’s-eye view of life outside managed apiaries.

Conscience: The Origins of Moral Intuition By Patricia Churchland

MacArthur fellow Churchland melds evolutionary biology, neurology, philosophy and genetics into an accessible, provocative look at how each of us tells right from wrong — including how different brains can reach very different conclusions.

Cosmological Koans: A Journey to the Heart of Physical Reality By Anthony Aguirre

This is not your average hard science book. Physicist Aguirre borrows from the Zen Buddhist tradition of koans, or contemplative riddles, to present some of his field’s most esoteric concepts.

Symphony in C: Carbon and the Evolution of (Almost) Everything By Robert M. Hazen

It’s everywhere — including inside us — but carbon’s importance is rarely appreciated. Earth scientist Hazen sets the record straight in this thoughtful love letter to the element.

The Way We Eat Now: How the Food Revolution Has Transformed Our Lives, Our Bodies, and Our World By Bee Wilson

Award-winning food historian Wilson’s latest must-read is a riveting analysis of the emerging standard global diet, its economics and the disturbing consequences.

Gravity’s Century: From Einstein’s Eclipse to Images of Black Holes By Ron Cowen

In a conversational style, the veteran physics writer chronicles the field’s greatest hits in the century since a solar eclipse proved Einstein was right.