Seed banks put some much-needed wild vigor back into today's specialized varieties, protecting critical crops from being wiped out. 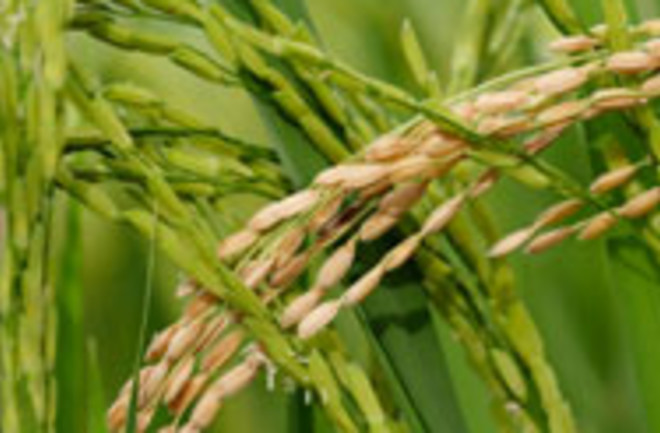 Every year farmers in flood-prone areas of Southeast Asia lose millions of tons of rice to high water that kills their crops. That colossal waste may soon be a thing of the past: SUB1A, a gene discovered by researchers with the International Rice Research Institute (IRRI) and the University of California, allows rice plants carrying the gene to live completely submerged for two weeks. Flood-resistant rice turned up among the 110,000 types of seed stored at the institute. It produced disappointingly low yields, but scientists were able to transfer the gene into more bountiful varieties. These have shown promising results in tests by growers in India and Bangladesh over the past two years.

This rice success story would not have been possible without the trove of genetic diversity tucked away in the IRRI’s vaults. As the world faces new agricultural challenges—shifting climate, bugs and diseases that have developed resistance to old defenses—such genetic resources are likely to become increasingly valuable. Fortunately, the IRRI is one of more than 1,000 organizations around the world (including the USDA, the International Potato Center in Peru, the Millennium Seed Bank in the U.K., and the Svalbard Global Seed Vault in Norway) cataloging and preserving crop genes. Most plant species grown for food have an associated bank that stores thousands of samples: seeds of landraces, wild relatives, and varieties that are rare, old, or adapted to very specific environments. The banks ensure that it will be possible to develop new varieties in the future.

The need for these botanical libraries has its roots in modern agricultural practices, which have whittled farmers’ once-vibrant mix of plants down to a narrow collection. According to the U.N. Food and Agriculture Organization, 75 percent of plant diversity has been lost over the last century. Of more than 30,000 edible species, humans cultivate just 200 for food; 60 percent of plant calories in our diet comes from wheat, rice, and corn.

In many cases, genetic diversity within species has also been lost. Wheat, for example, has been reduced to a handful of types in many parts of the world. “Here in the Pacific Northwest, three closely related varieties make up 60 to 70 percent of all wheat grown,” says Stephen Jones, a plant geneticist at Washington State University. That is not necessarily bad. Those varieties won out because of their good yield, disease resistance, and high-quality grain. On the other hand, their prevalence means that much of the nation’s wheat could be susceptible to a single devastating pest or disease. And researchers wonder if useful traits may have been unwittingly lost along the way.

Another concern is that modern agricultural varieties have been chosen based on certain assumptions—about climate stability, water availability, and fertilizer use—that may not always hold true. Researchers who curate unpopular varieties provide crucial insurance for our food supply. Jones has grown all of the 163 prominent varieties of wheat used in the Pacific Northwest since 1840. Most have serious flaws, such as low yield or susceptibility to diseases, that make them unsuitable for widespread use. But they also have beneficial traits (the ability to grow in poor soil, for instance) that can be incorporated into other strains. From this library of genes, Jones is working to create new varieties that would continue to allow big harvests while needing much less fertilizer.

Some efforts reach even further back, to an earlier era of agriculture. “We know the three species of grasses that wheat was originally derived from” about 10,000 years ago, says Robert Zeigler, a plant pathologist and director of the IRRI. “Now people are getting those species, making new crosses, and essentially redomesticating wheat to see what comes out.”

Such diversity research has already led to the development of disease-resistant strains and the identification of crops that could thrive under higher carbon dioxide conditions, as well as new ways to deploy diversity. Researchers are finding big benefits to growing several different varieties of a crop on a patchwork of fields within the same farm. “You can slow the rate of spread of a pathogen and even deter bugs by growing multiple varieties that have different genetic strategies for defending themselves,” says Ted Wilson, director of Texas A &M University’s AgriLife Research Center. The IRRI has also had success with experiments growing two varieties of rice—each resistant to a different strain of fungus—in alternating rows in the same field. That strategy slows the spread of both fungi.

Zeigler worries that complacency is one of the biggest threats facing agriculture: In many parts of the world, projects aimed at increasing diversity and protecting the food supply are a low priority. “The current generation has never seen famine that resulted from crop failure,” he says. “It’s taken for granted that we’ll have enough.”

Variety A uniform, often genetically identical group of plants within a species sharing a distinguishing mix of traits.

Landrace A diverse group of plants of one species selected over time by a farmer or community.

Wild Relative Ancestors or cousins of modern crops, usually the same species as their farmed counterparts.