That Word You Heard: Pingo

Cold to the core. 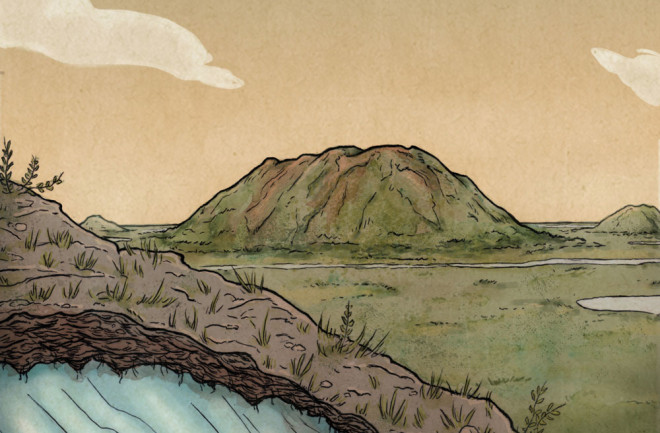 There, off in the distance: It’s a mountain … it’s a hill … it’s a pingo! These mounds may appear mundane, but beneath their earthy exterior is a core of ice. Sometimes called hydrolaccoliths, pingos typically form in arctic regions, like Siberia and northern Canada. In such frigid climates, groundwater collects and freezes, amassing ice beneath the surface that eventually forces the ground up. They can reach heights of over 170 feet, and if the core melts, they can leave behind giant sinkholes — a popular explanation among experts for the mysterious Siberian sinkholes that made headlines back in 2014.