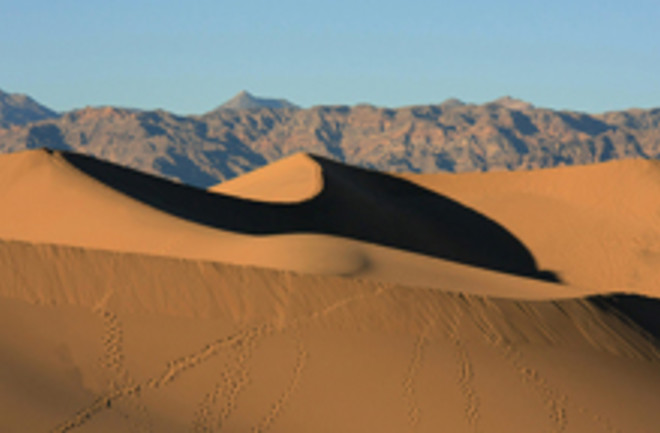 Thirty thousand years is a long time to hang out in any one place, much less stuck inside a tiny salt crystal. But microbiologist Brian Schubert says he found just that in a crystal from sediments in Death Valley—bacteria-like archaeans that have lived inside the tiny enclosure for all those years. The researchers announced in a paper in Geology that they could culture the archaeans in the liquid from inside the crystal, liquid they estimate to be 22,000 to 34,000 years old. Previous studies suggesting even longer lives for microbes stuck in salt crystals (one even getting up to an insane-sounding 250 million years) have been met with skepticism. But even doubters of those studies say Schubert's could have more validity, as the Death Valley area wouldn't have allowed recrystallization (which would permit the liquid to escape and fresh microbes to get in) for 10,000 years at the least. From New Scientist:

Moreover, Schubert thinks he can explain how his microbes managed to stay alive so long. Every crystal that contained live archaeans also contained dead cells from a salt-lake alga known as Dunaliella, which contain high concentrations of glycerol. The team suggest that the glycerol had seeped out of the cells, and that the archaeans lived off this.

Dunaliella cells are such good fodder that the microbes could live much longer than 30,000 years, says Schubert. He calculates that a single Dunaliella cell contains enough glycerol to meet an archaean's minimal needs for 12 million years. "We have inclusions with dozens of these algal cells inside and just a couple of archaeans, so they have basically a limitless supply," he says.

80beats: Better Than a Battery? Here's a Microbe That Could Help Store Clean Energy

DISCOVER: Triumph of the Archaea