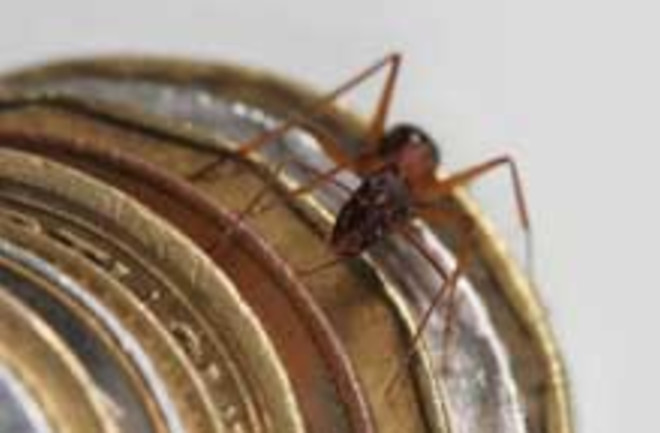 Residents of five counties in the Houston area have found themselves besieged by a most unwanted visitor: A new species of swarming, electronics-killing ants. Normally found in the Southeast and the Caribbean, these reddish-brown arthropods known locally as "crazy rasberry ants" are thought to have arrived in Houston via a cargo ship a few years ago, and have since spread in droves. Over-the-counter bug sprays can't touch them, and they're liable to bite—though not with the painful stinger of that other Texas staple, fire ants, whom the crazy raspberries eat for lunch (literally). Unfortunately for Houstonians, the ants share something in common with other ant species: They're strangely drawn to electrical equipment. So far the resulting casualties include sewage pumps, a gas meter, and several computers. There are even reports that the little wire-destroyers have been spotted at NASA's Johnson Space Center and near Hobby Airport, though no major problems have been reported yet. Roger Gold, a Texas A&M University entomologist, says that eliminating the ants is a "nearly impossible" task. On the bright side, the ant invasion has inspired at least one scholarly pursuit—Jason Meyers, an A&M doctoral student, is writing his dissertation on the ant's unstoppable rise.