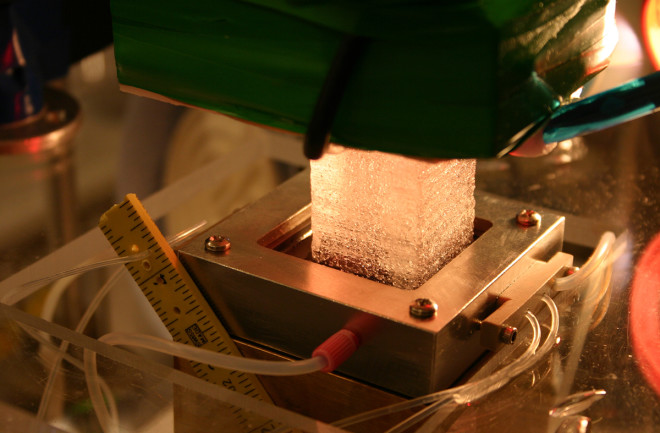 A column of Greenland ice has offered insight into the politics and economics of ancient Rome.

Layers of Greenland’s ice contain lead and other metals that had drifted hundred of miles from Europe between 1235 B.C. and A.D. 1257, according to a May paper in PNAS. Researchers found that fluctuations in the lead measurements matched historical records of changes in European metal production related to wars, epidemics and imperial expansion.

Researchers have previously studied lead in ice cores using a time-intensive method that provided less precise information. The instrumentation used in the new study, however, is faster and able to produce far more complete data. By sampling a column of ice from the center of a larger ice core, the new method also reduces the risk of contamination from modern sources. Researchers obtained over 21,000 measurements of minute lead concentrations from an ice column 423 meters long — just over a quarter of a mile. They assigned lead values to specific years by finding the ice layer with the highest sulfur concentrations, which formed during a volcanic eruption in A.D. 1257. Researchers then counted each annual layer backward in time.

The team focused on an ancient Roman period, roughly from the third century B.C. to the third century A.D. They found that lead levels increased with Phoenician trade and the Pax Romana, a period of economic prosperity, and decreased during the Punic Wars and Antonine Plague.

Lead author Joseph McConnell and colleagues hope to do a detailed analysis of Greenland ice cores further back in time.