These are rock hyraxes or dassies. They may look like guinea pigs, but they're in an entirely different order of mammals. It's sometimes said that they are the closest living relatives of elephants. However, some scientists would dispute that sirenians - the manatees and dugongs - are more closely related still, with the hyraxes as a more distant outgroup. They're nimble animals, scuttling comfortably across rocky terrain and even climbing trees with relative ease. They can often be spotted basking in the sun to raise their body temperature, not unlike a reptile would. We found this pair in Tsitsikamma National Park. 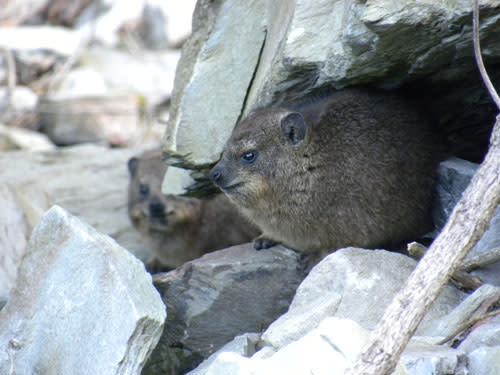