Ah, penguins. You just can't help but smile. These animals are found on Boulders Beach near Cape Town, where they come so close to the erected walkways that you could potentially reach out and grab one (if the mood took you and you were an idiot). The African penguin (Spheniscus demersus) is part of a genus with four species. The last time I saw one of them, it was off the Galapagos Islands (the Galapagos penguin), and the other two members of the group (the Humboldt and Magellanic penguins) are natives of Patagonia. They're commonly known as jackass penguins because of their distinct, braying calls. 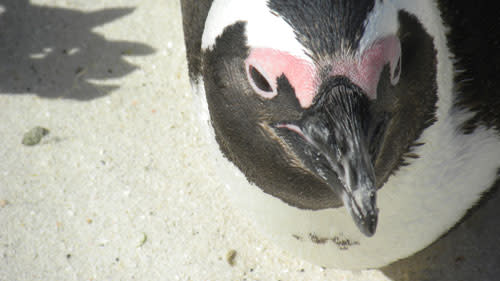 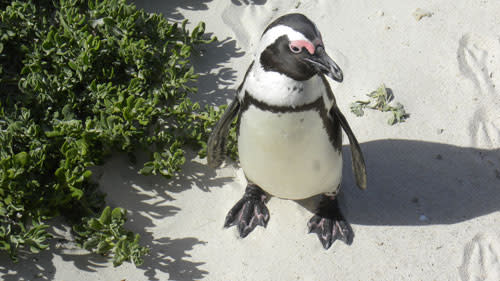 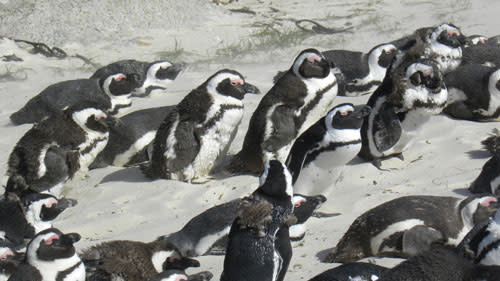 If you're wondering why they look so huddled, it's because the beach was being sandblasted by ridiculously strong winds, as if often the case near Cape Town. We only really managed to get a few photos as a time before having to retreat and gently wipe sand off the lens.