Some People Do Hear Trees Fall in the Forest 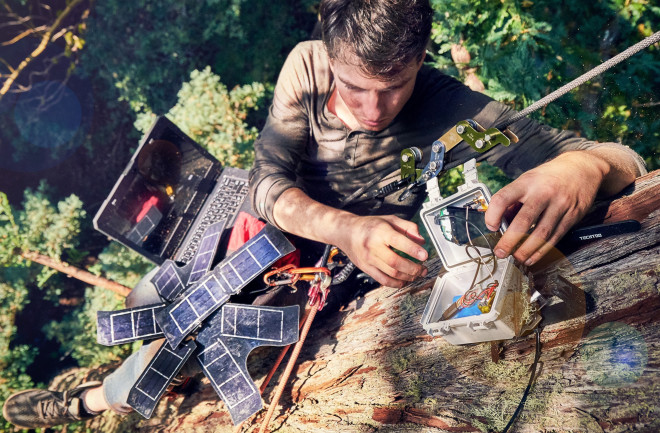 Perched high in a California redwood, engineer Topher White tests an audio recorder that could help stop illegal logging in the world’s threatened rainforests. His design uses discarded cellphones, reprogrammed to listen to the forest, allowing for the sonic detection of chain saws. Using cellular service that White says is surprisingly widespread in many rainforests, the solar-powered phones can connect officials, conservation groups and researchers to the real-time sounds made by logging crews. Rainforest Connection, the non-profit group that White leads, says it has installed more than 100 such devices on five continents.

[This story originally appeared in print as "Sound Sentinel."]